Air pollution is a global crisis and the major topic for this year’s World Environment Day. High concentrations of harmful gases and particles in our atmosphere negatively affects the health of humans, animals and plants. It also causes temperatures to rise, intensifying climate change.

But there’s a natural remedy: forests. Trees act as the earth’s purification system by absorbing airborne chemicals and releasing oxygen. To tackle global air pollution, we need to halt deforestation and plant billions of trees.

Industrial human activities, such as the burning of greenhouse gases, release toxic chemicals and particles into the air. Concentrations are worse in crowded urban areas, and countries with huge manufacturing industries – such as China, India and Bangladesh – have the highest recorded levels globally.

Emissions from vehicles also contribute to poor air quality. In developing countries, deforestation and burning charcoal and wood for fuel is a driving factor. Cutting down trees not only releases CO2, but also prevents forests from purifying our air.

Many governments have an air pollution index and have set targets for ‘safe’ levels of air pollution, but almost every country is currently exceeding dangerous levels.

Why is air pollution dangerous?

According to the World Health Organization, nine out of ten people breathe polluted air. Approximately seven million deaths every year are attributed to bad air quality, which increases the risk of strokes, lung cancer and heart disease. Breathing dirty air has also been linked to immune system damage, as the body becomes inflamed to try and fight off the particles it is being exposed to.

Then there’s environmental damage in the form of global warming. This UN article explains the cause and effect chain of air pollution and climate change in more detail. Air pollution also causes acid rain, which in turn damages trees and turns soil and waterways acidic. Higher levels of black carbon and ground-level ozone can harm crop yields, worsening famine and poverty.

How do trees clean the air?

The world’s forests absorb a third of global emissions every year. Particles, odors and pollutant gases such as nitrogen oxides, ammonia and sulfur dioxide settle on the leaves of a tree. Trees absorb these toxic chemicals through their stomata, or ‘pores’, effectively filtering these chemicals from the air. Trees also mitigate the greenhouse gas effect by trapping heat, reduce ground-level ozone levels and release life-giving oxygen. If we continue with our current rate of deforestation, it will have severe consequences on the quality of our air.

Ecosia is committed to planting trees and spreading awareness about the vital role forests play in the protection of our planet. We need to leave pristine forests intact, as they are carbon sinks and one of our biggest defences against climate change.

Every time you search the web, we use our ad revenue to plant trees where they are needed most: in deforested landscapes across South America, Africa and Asia. If you haven’t installed Ecosia on your desktop or smartphone yet, get it now and start planting trees today. 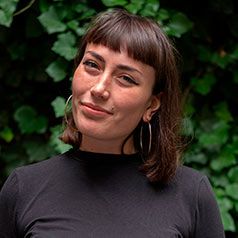 Ecosia users have planted 100 million trees: a milestone and a beginning!

Diversity within environmentalism is not new, it’s just been erased

Why forward-thinking organizations are switching to Ecosia to plant change

We are now 200% renewable! Why Ecosia loves solar