This week the world has seen yet another leader come to power who is known for his openly misogynistic views (not to mention his homophobic and even racist comments).

The election of Jair Bolsonaro in Brazil is generally problematic for his ambiguous position on protecting the Amazon. In a country that holds almost half of the world’s rainforests and that is home to one in every 10 existing species of plants and animals, this is unsettling.

A sexist president leading the world’s fourth biggest democracy is not just bad news for women’s rights globally. It is also a major problem for the environment. In every single one of our tree-planting projects we have seen the same pattern. Women are indispensable for any climate solution that aims at being complete, durable and overall successful.

Brazil is no exception and it is not about to get any easier. As our project partners at Copaiba told us, machismo is already an underlying hurdle in their environmental efforts. 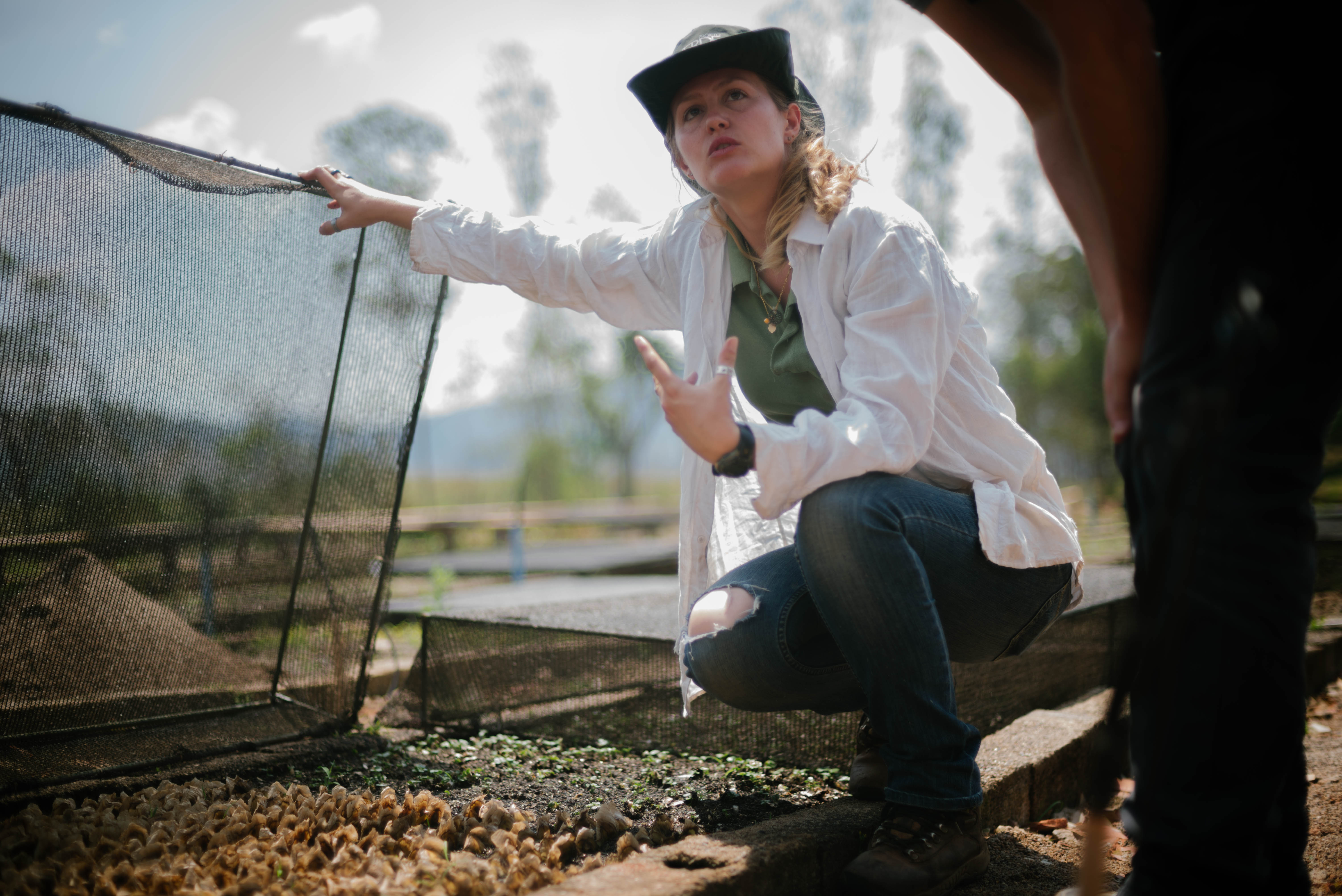 Ana Paula is one of the founders of Copaiba.

Copaiba is one of the 300 tree-planting projects in the umbrella organisation PACTO Mata Atlântica. Literally a pact, the goal of these organisations is to restore the former Atlantic Forest.

The first thing that struck us about Copaiba was its fully female team. Unexpectedly, Ana Paula and Flavia, two of their founders, did not even mention this when we first visited their project.

The idea for Copaiba came to them when they were teenagers. Horrified by the deforestation around their area, they decided to take matters into their own hands by planting trees around their hometown. Soon they turned their passion into an association which at first they funded with jobs in delivery services and barkeeping. 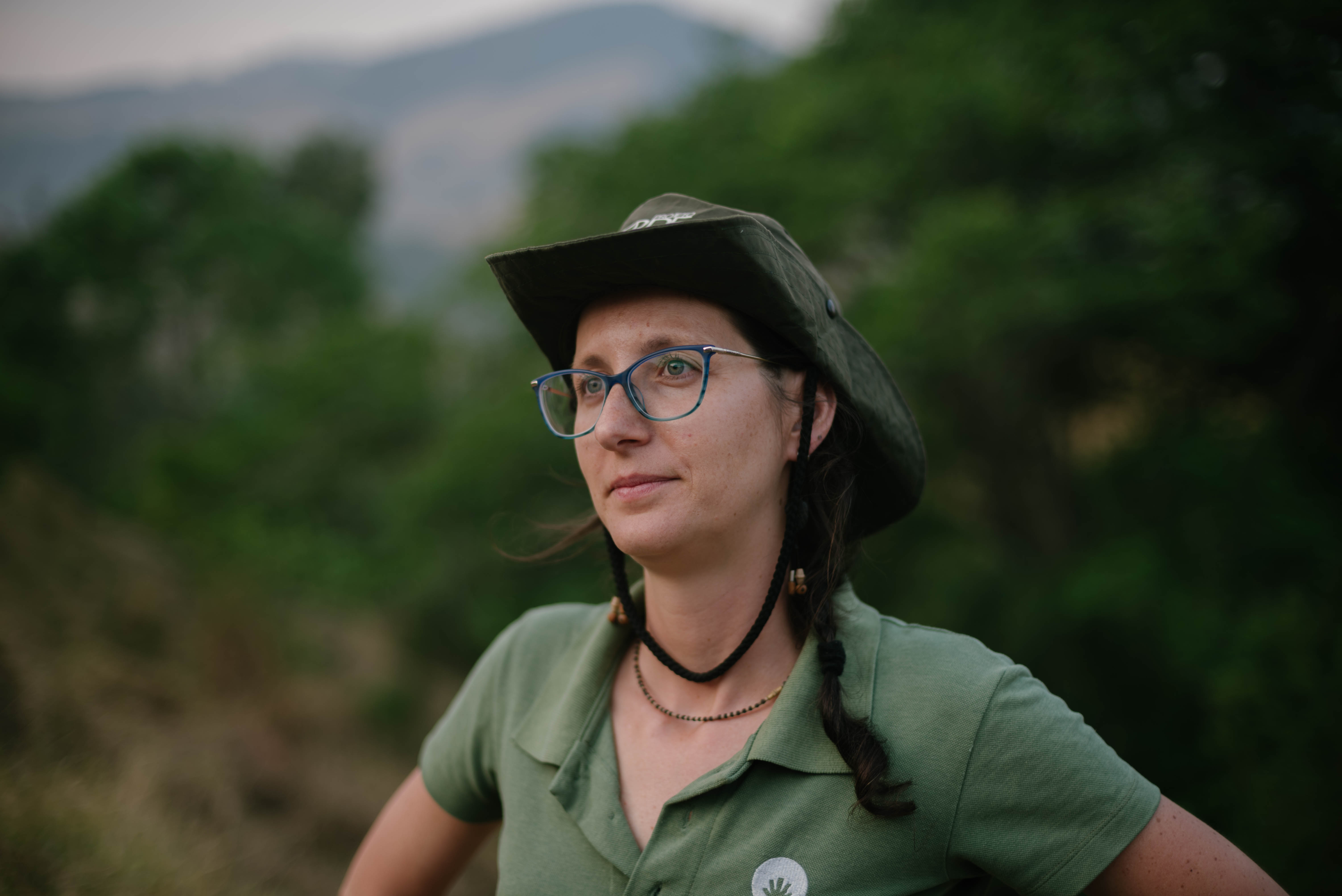 Flavia is executive secretary at Copaiba. The directors board is fully male, often that makes it easier for the institution to be taken seriously.

During this time Flavia and Ana Paula learned two things. Firstly, that it takes a long time for a community to become environmentally aware.

Secondly, that women are more likely to empathise with the cause, yet they are less likely to hold a significant position once environmental awareness has reached the most obstinate of the farmers.

After more than ten years, it is still “very difficult [to be a women’s cooperative in Brazil]. Because most of the time, landowners are men. So we need to talk to their wives to explain to them what Copaiba plans to do on their property”, Ana Paula says.

Having coffee with the women and explaining to them the overall benefits of trees is often the decisive move to gain access to private land. 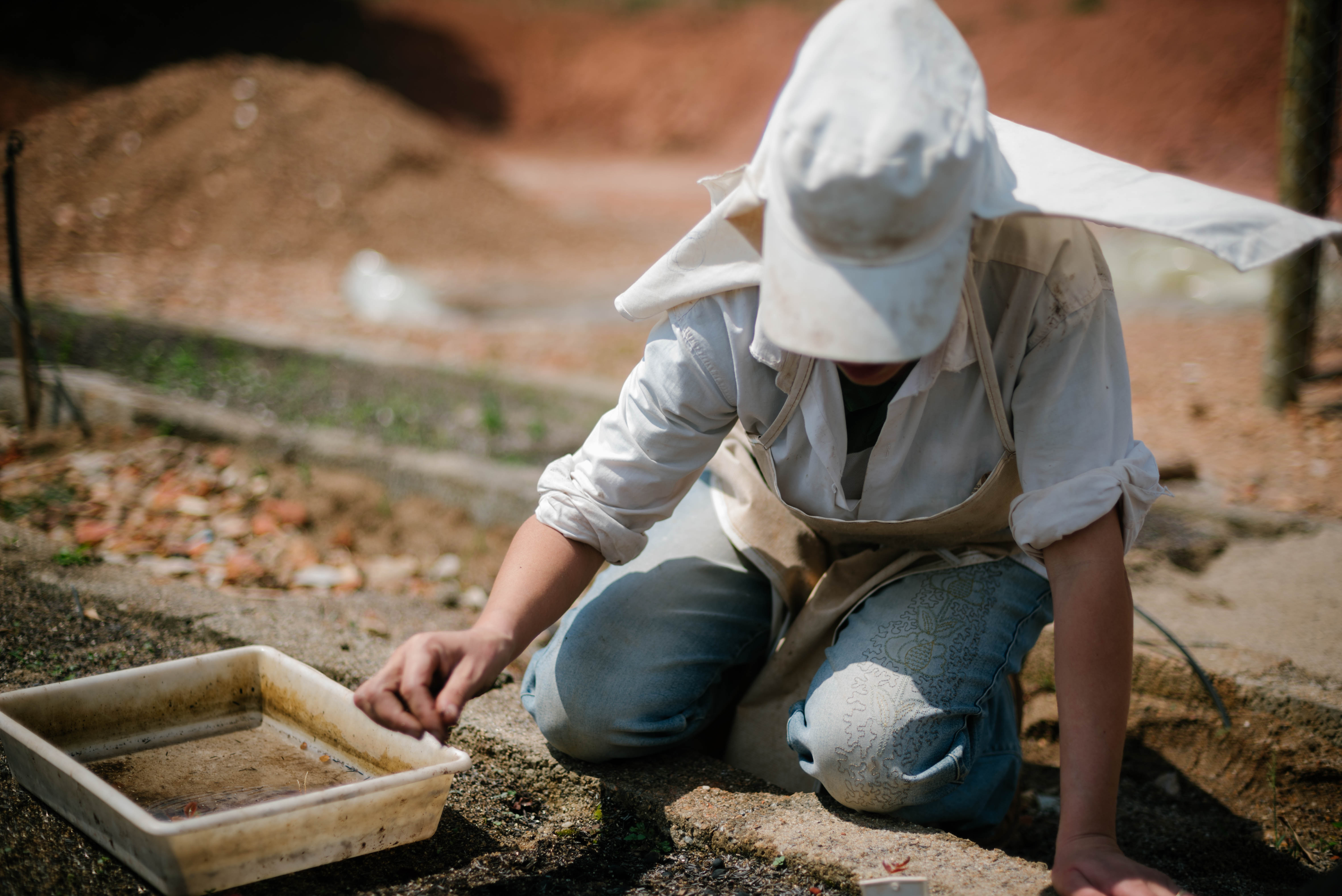 The election of Jair Bolsonaro in Brazil is a serious threat to women's rights globally.

“There is a huge problem of machismo”, Ana Paula told us. When it comes to land restoration the women at Copaiba are the experts. “Sometimes I have to explain to them how a machine works. They are very defensive about this.” As Ana Paula puts it, “many men don’t want to accept that a woman is explaining something to them”.

Despite the fact that Copaiba has been historically led mostly by women, the association’s board of directors is still exclusively male. When it comes down to business, the reality is that women will not get very far, no matter their expertise.

With the election of Bolsonaro, I worry that their situation will get worse. 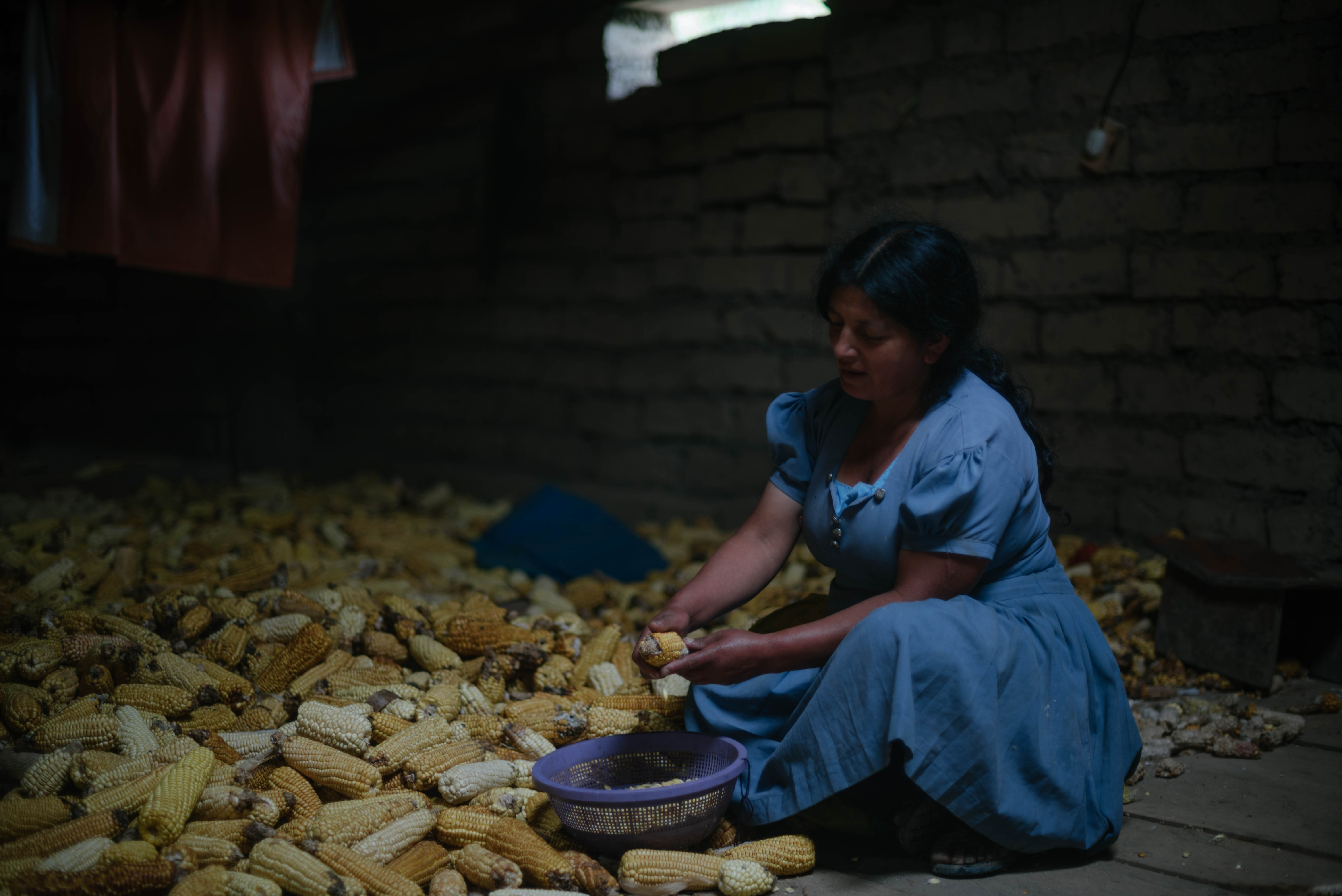 Women often make most of the work but they also benefit less from it.

However, the collaboration of women is crucial for a project’s success. In most of our reforestation projects we’ve seen that women tend to do most of the work, both in terms of tree-planting and taking care of their family.

Nevertheless, in many cases women still depend on their husbands to make deals or even earn a salary. In our project in Ghana we learned that in a women’s collective earning more money than the individual husbands, the wives still had to hand over the revenue to them. That family income was mostly spent on recreational activities.

Our tree-planting partners in Burkina Faso, who observed this tendency, turned things around. Now it’s the women that are trusted with the investment for the reforestation activities.

The result is that the money is now being used for the planned purposes. The women invest any further benefits - for instance, from selling fruits and vegetables in the markets - into their own health and that of their family. They choose to support the building of schools and wells or anything that could bring their community forward, like here in Lilengo.

That’s why at Ecosia we look closely at whether the projects we work with are empowering women. We ask the uncomfortable questions: what is the role of women in your project, how will we make sure they access the fruit of their own labour? Can we introduce similar ideas that are already working in other projects? 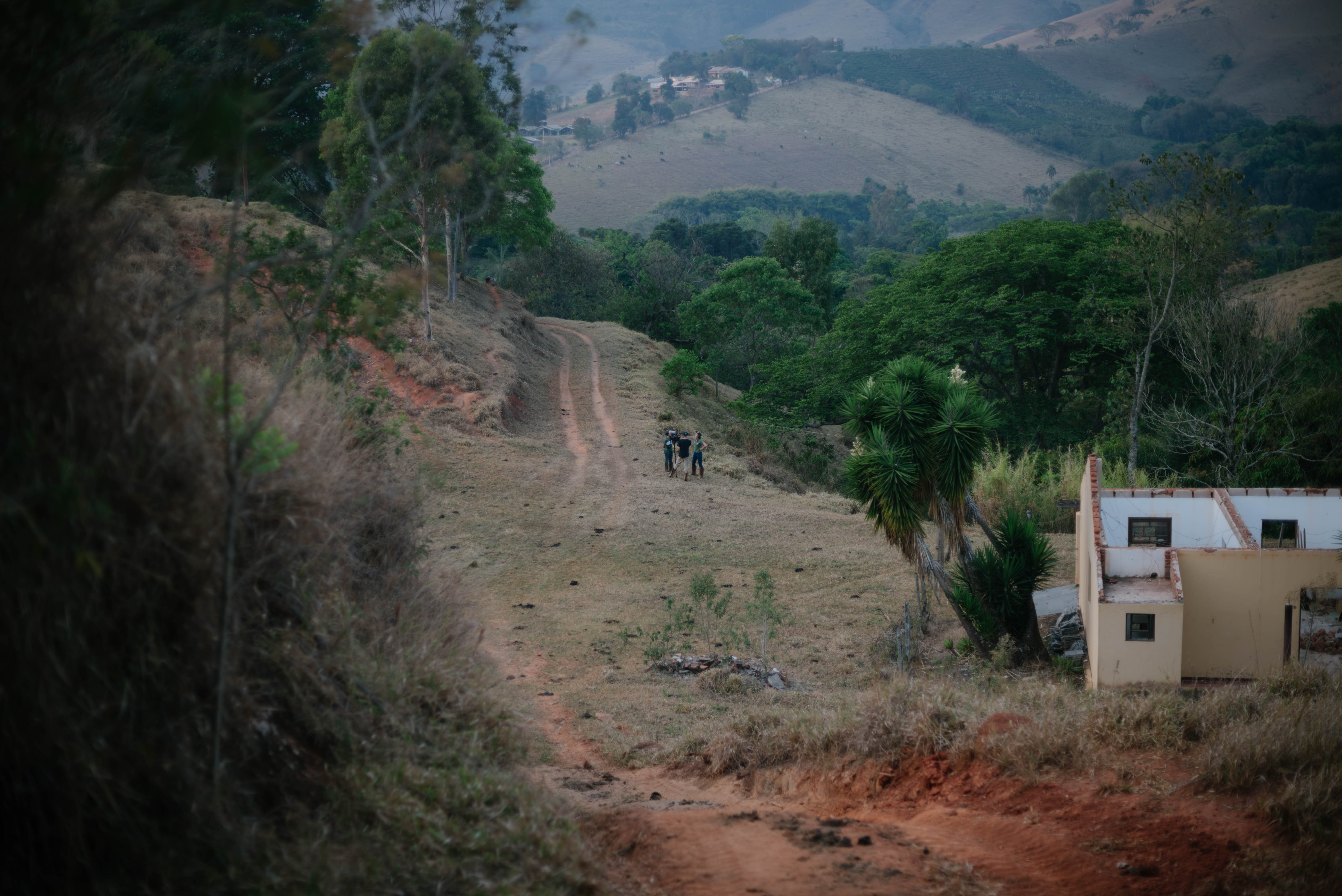 Today many landowners approach Copaiba to restore their properties, like the one in the picture.

Ana Paula underlines the importance for everyone to work together, men and women. Not working against each-other is what has brought Copaiba very far, she assured us.

There is no doubt that at Ecosia we have met just as many inspiring men that are bringing the climate cause further. Like Moses in Uganda, Saydou in Burkina Faso, Severino in Brazil or Fred in England, to name but a few.

Yet every project often comes down to women’s perseverance and their seemingly inexhaustible empathy to complete any environmental effort. “Sometimes I feel I need to change the way I speak to explain to [male landowners] that we share a common goal that will benefit us all”, Ana Paula says.

Flavia and Ana Paula work for a cause bigger than themselves, despite the systemic disadvantages they face. The trees they plant will benefit us all. “What motivates me is to see the animals coming back and the river being restored”, says Flavia.

The latest tree update is brought to you from a nursery in Ghana! Find out how your trees are doing in Morocco, Nicaragua, and Indonesia.