Brazil’s Atlantic Forest: A lesson for the Amazon

Fátima is Ecosia's Video Editorial Lead. She thinks in too many Sprachen.

The image of Brazil in popular Western imagination is that of green landscapes. Landscapes of vast, ancient forests with trees of many sizes, populated by exotic animals in dazzling green and yellow, massive frogs and weirdly-shaped insects.

Yet when I first visited our project in Brazil, I was surprised by the resemblance with the dry landscapes of our project in Morocco. This was not the Brazil from my coloring books.

We were in the eastern coast of Brazil, in what used to be a green haven - the Atlantic Forest. About 4,000 kilometers away from the Amazon rainforest, the Mata Atlântica - as it is called in Portuguese - is one orange stripe stretching across the coast.

Everywhere around us tiny spots of green speckled yellow, rocky mountains that seemed to stretch across the horizon for as far as the eye could see. At almost 40ºC degrees in the summer and 25 in the winter, the deforestation here is oppressive.

Some of the deforested landscapes we saw in Brazil

Dubbed the farm of the world, Brazil’s forests have been cleared mostly for cattle holding and growing fodder to satisfy worldwide meat consumption. Locals joke that any single cow in the country has access to a larger space for living than citizens in megacities like São Paulo or Rio de Janeiro.

A bitter joke, for the space cleared has reduced the Mata Atlântica to 8% of its original forest cover. Yet healthy forests in the interior of the country are key to filling up rivers which in return supply those squeezed-in urbanites with potable water. If anything, the Atlantic Forest is a (barely) living image of why we need to protect the Amazon.

So who will save the Mata Atlântica? Luckily, many organisations filled with farmers, ecologists and generally brave citizens have created an umbrella organisation called PACTO Mata Atlântica. Their goal is no less than to restore the Atlantic Forest.

Literally a pact, this organisation is made up of 300 tree-planting projects that your searches on Ecosia have supported for over a year. 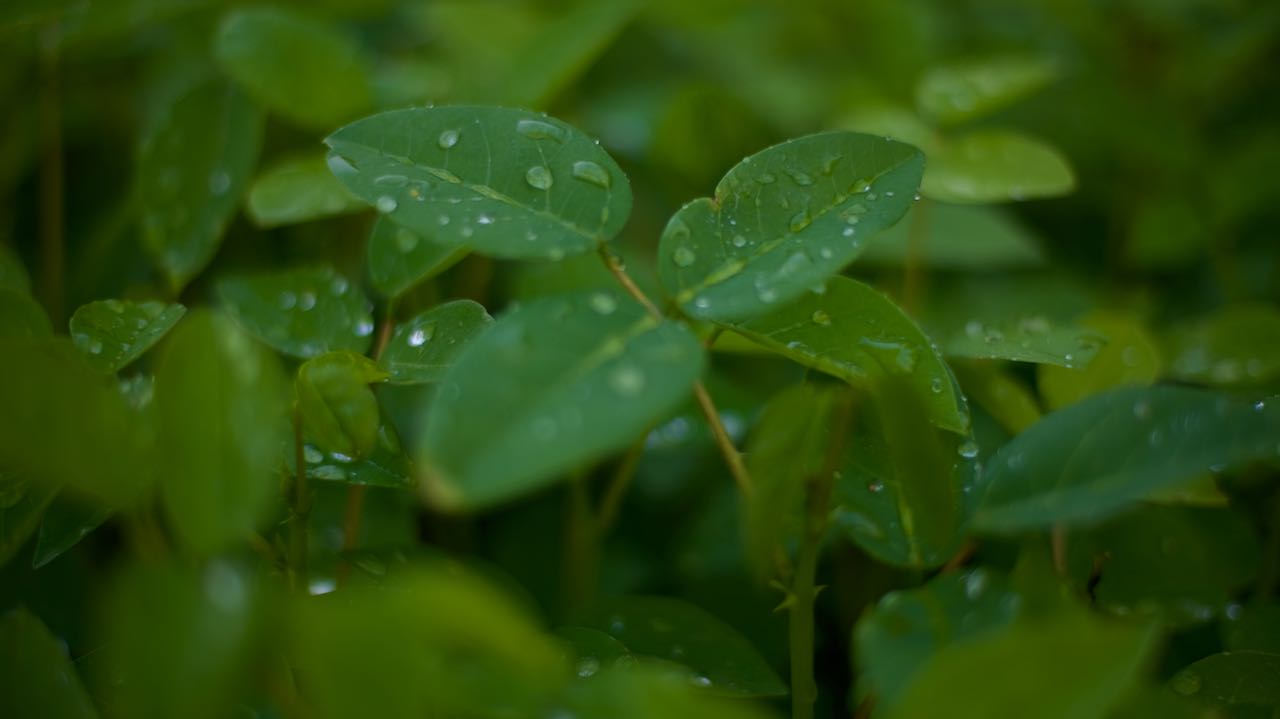 In some projects, trees are first grown in nurseries until they're ready to be planted in the fields

The closer we got to the tree nurseries of the projects we visited, the larger the spots of green became. A proof that the efforts of our tree-planting partners in the past ten years are indeed regenerating once fully depleted soils.

We soon learned that this is a result not only of their hard work, but of their love and sense of responsibility for their once forested home. This gives us reasons to believe theirs is a long-lasting change they are making.

Take Ana Paula, for example. When she was only 16 she was horrified by the dying nature around her. Passionate about ecology, she convinced her boyfriend to take her on a different type of date: going around their city’s rural areas planting trees. 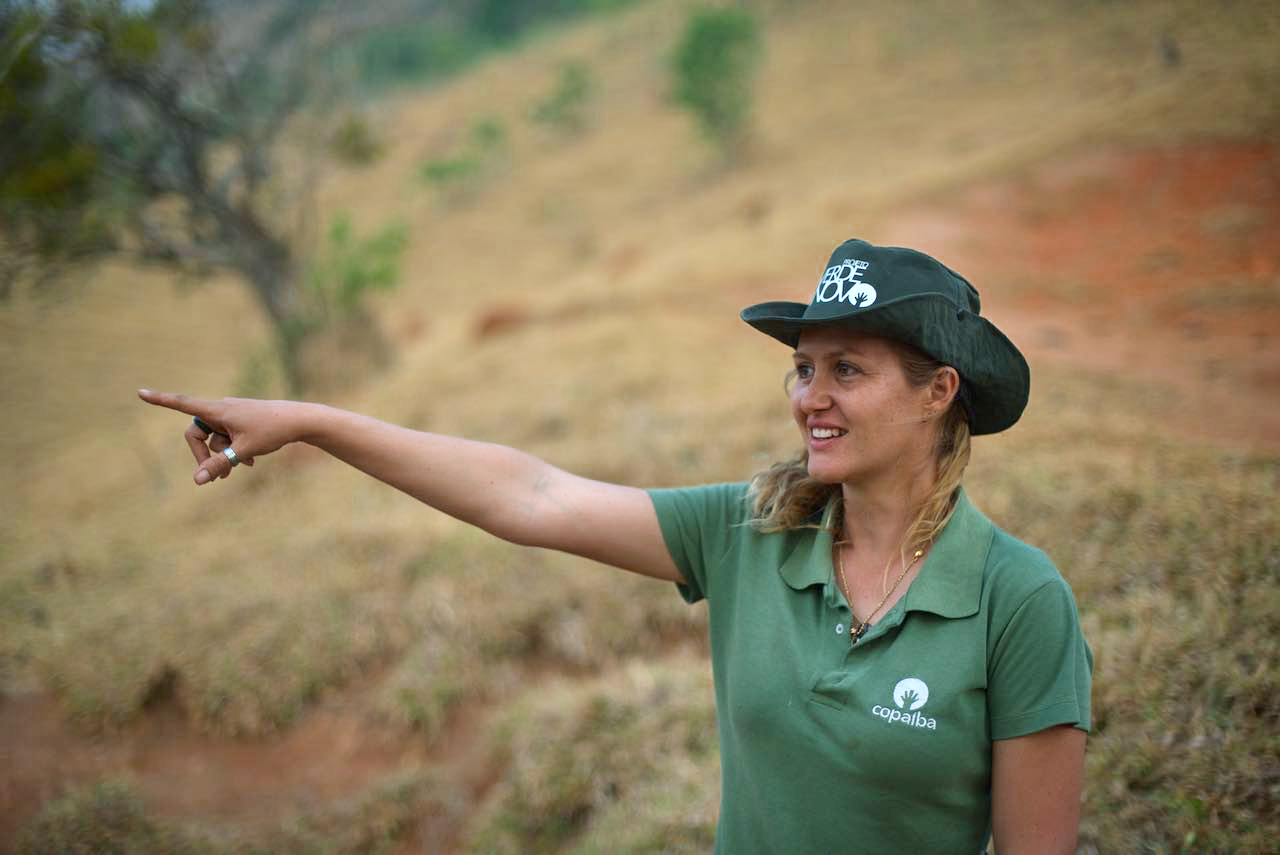 As a teenager, Ana Paula convinced her boyfriend to go plant trees on their dates

Soon she convinced her friends in school to join her too. “What are you doing?”, people would ask them when they saw them around the fields. “Planting trees, why aren’t you?”, Ana Paula would simply reply.

As soon as they turned 18 and they were legally allowed to do so, Ana Paula and her school friends created Copaiba, their own tree-planting organisation.

Copaiba is now part of PACTO. Their aim is to create buffer zones along the rivers surrounding them. This will connect small existing patches of forests to each-other and create natural corridors which are a matter of life or death for many animals.

As a women-led organization, they are an inspiration to other women taking issues into their own hands. They also believe in the power of education. Copaiba often takes in students to explain the process of seed collection, how to properly store them and how to plant a tree.

A very nifty educational invention which surprised even our tree-planting expert, Pieter, was what Ana Paula and her team call the erosion box. 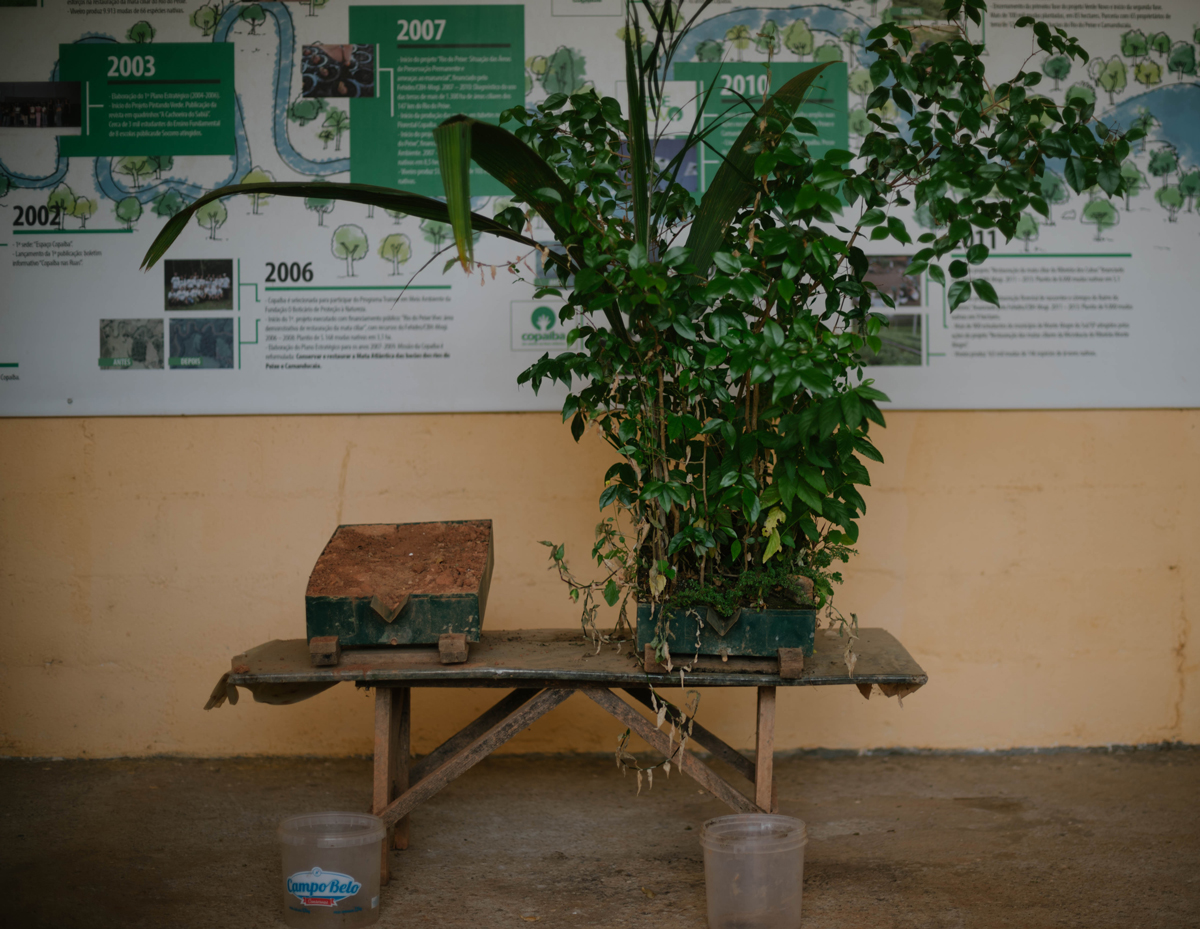 As you can see in the picture, a first box is filled with soil from their surrounding lands. The soil in this box is dry, with no vegetation. A second one is also filled with soil but some small trees and plants have been planted in it. When we poured water on both boxes we were astonished at what happened next.

The water dribbling from the green box came out clean. It seemed the plants in it had filtered it through their roots and it was coming out clear. By contrast, the other box's water had a brown-yellowish colour. That's a lesson I will never forget. 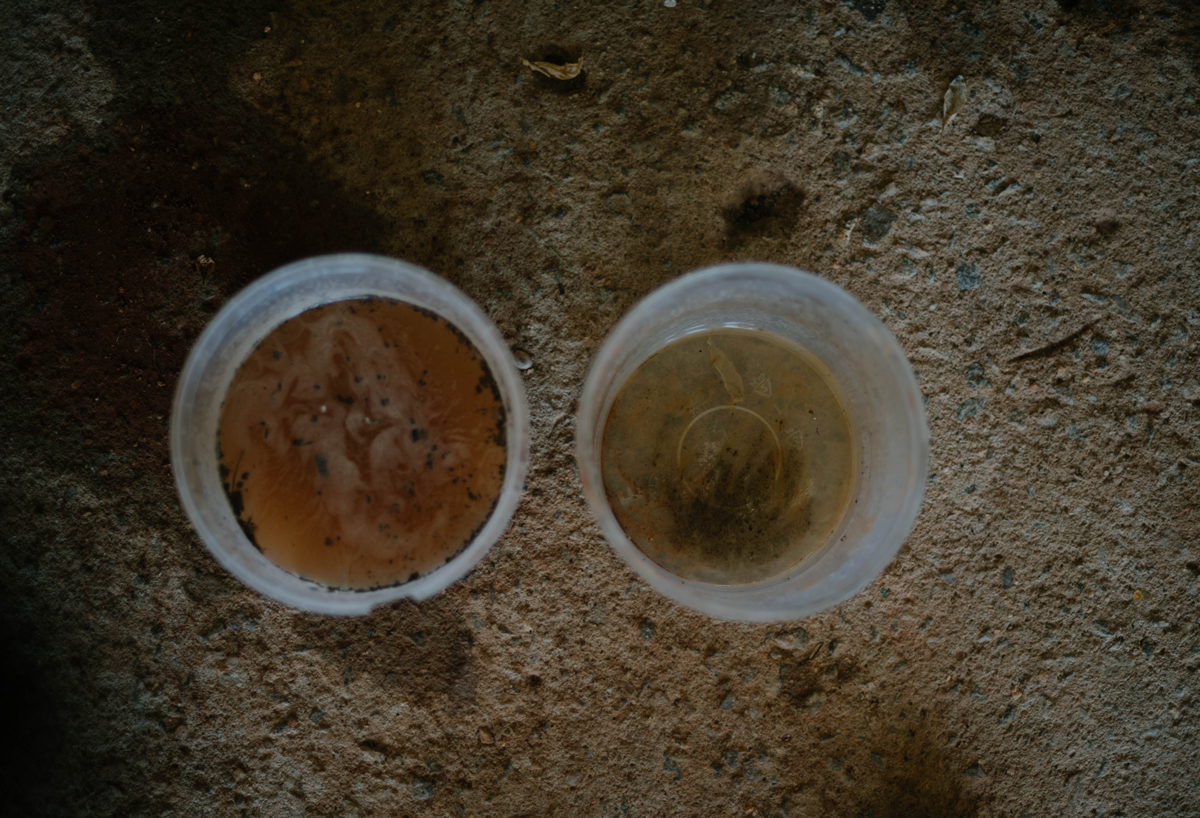 Without trees, water comes out dirty (left), with trees it comes out clear (right) 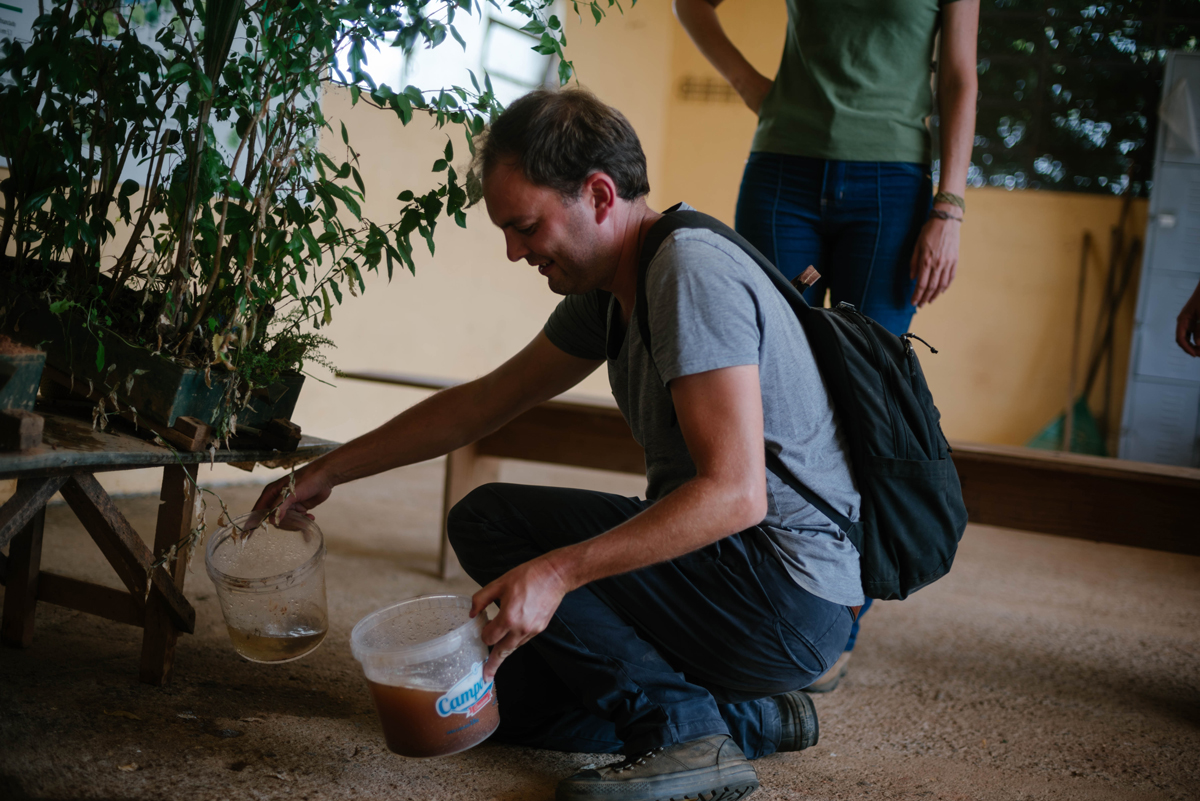 Our Tree Planting Officer, Pieter, was fascinated by the erosion box 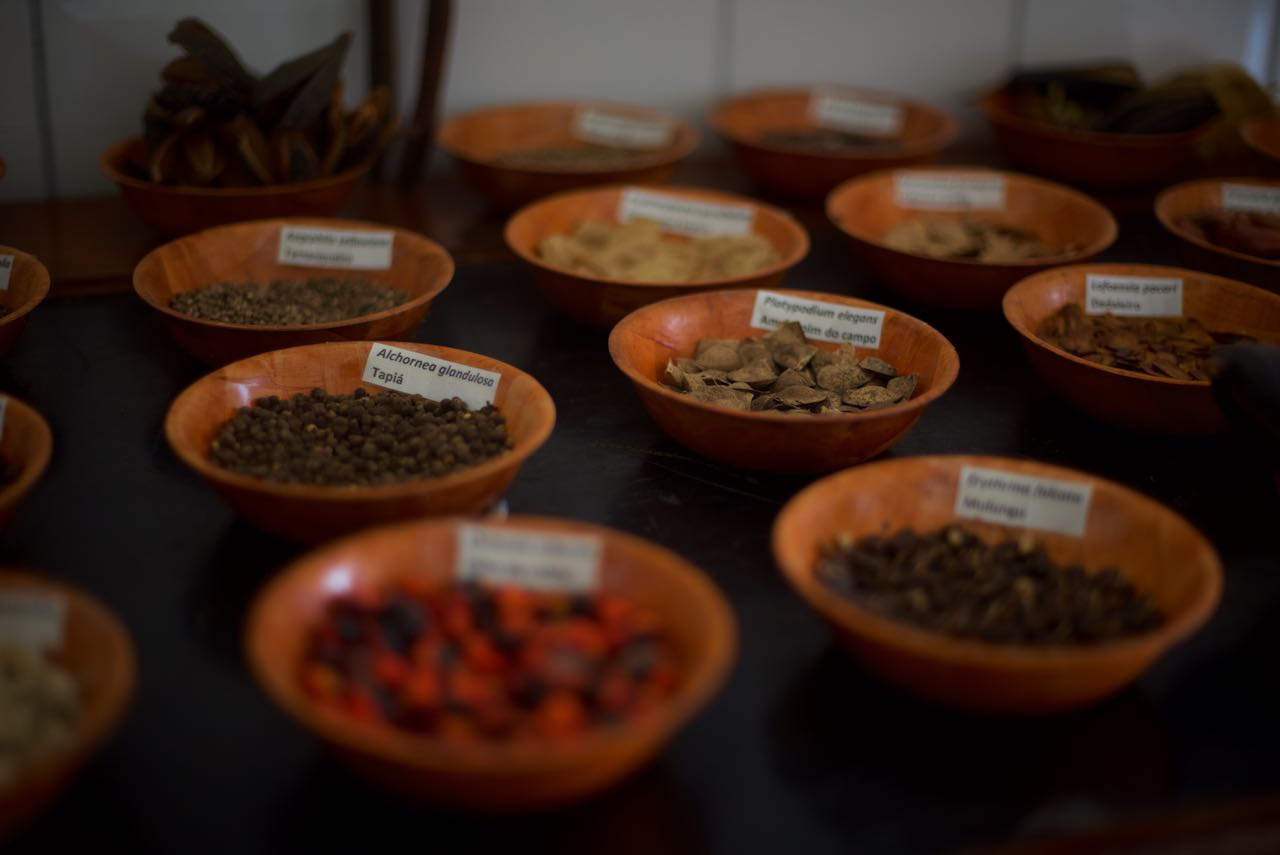 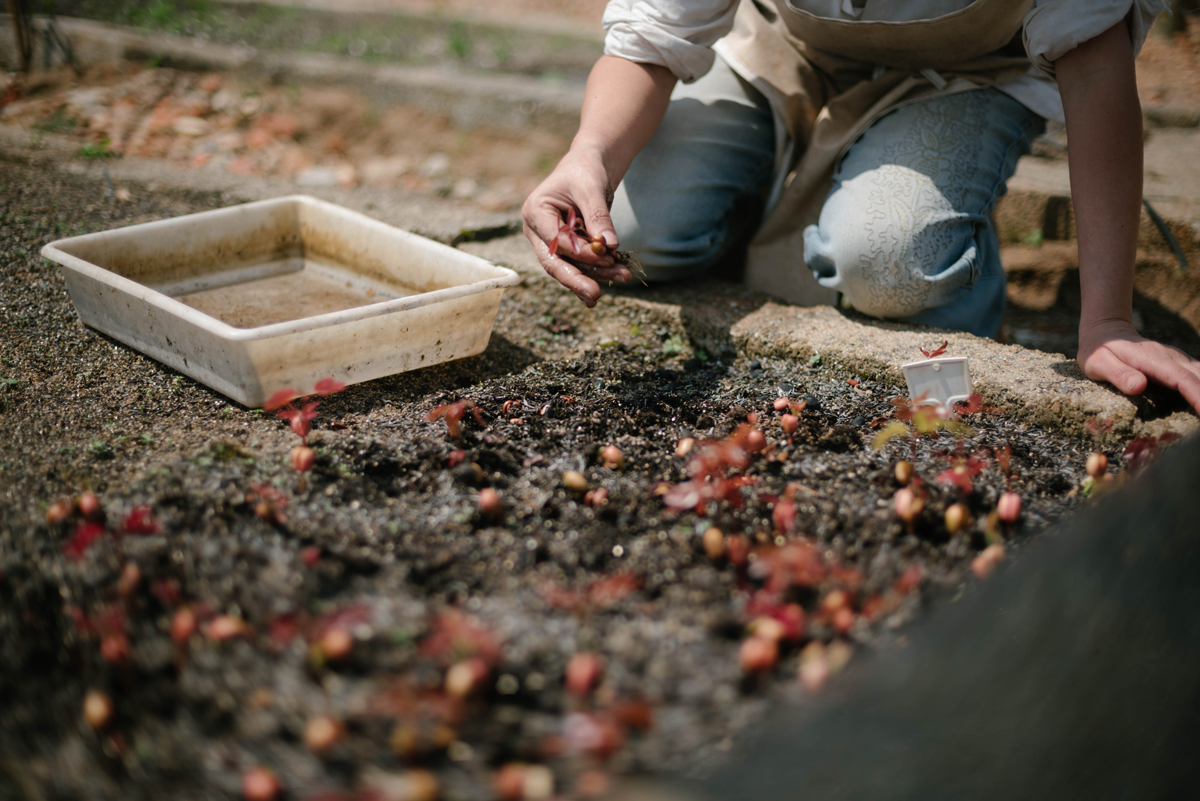 Further east and closer to Rio de Janeiro, Mauricio Ruiz and his organization ITPA deal with a different set of pressures against the Mata Atlântica. His team of 50 people has taken on the huge task of restoring an entire forest corridor of over 120 kilometres to bypass that city.

ITPA has already planted over a million trees, including those financed through your searches. The key to their success has been empathy. Mauricio and his team work closely with the farmers that live around and own the lands ITPA is trying to restore.

By listening closely to farmers’ concerns about having little alternatives to cattle holding, ITPA is building ways for farmers to restore their lands all while creating alternative business models. In other words, together they are looking for ways to live off their lands without depleting their regenerated forests. 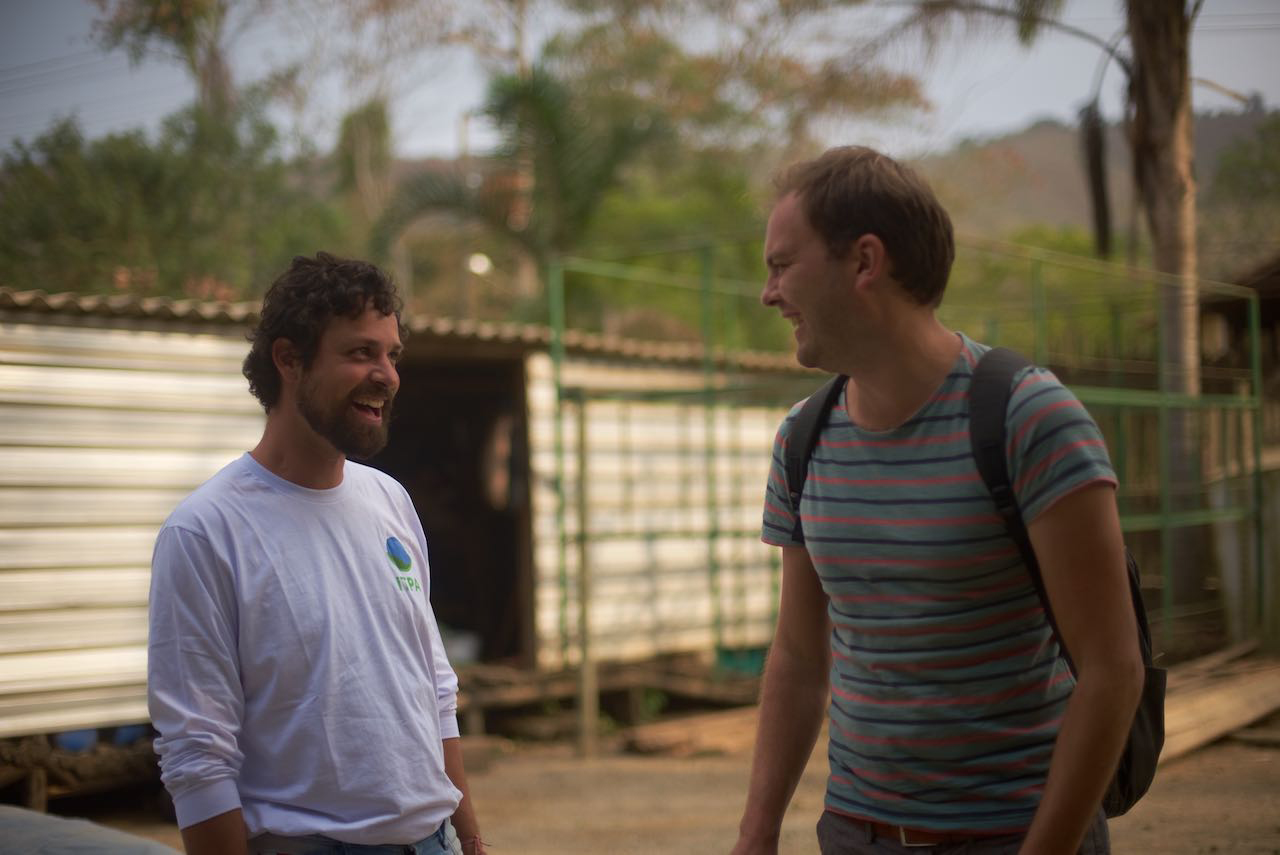 And it’s working. With time, ITPA has seen a decrease in the number of intentionally set fires for land clearing. The closer Mauricio’s team works with the community, the more responsible they feel for their trees and the bigger their readiness to protect it or warn authorities when fires set out.

“Nosso lar, nossa terra”, meaning “Our home, our earth” is ITPA’s guiding principle and it’s being adopted by the entire community. 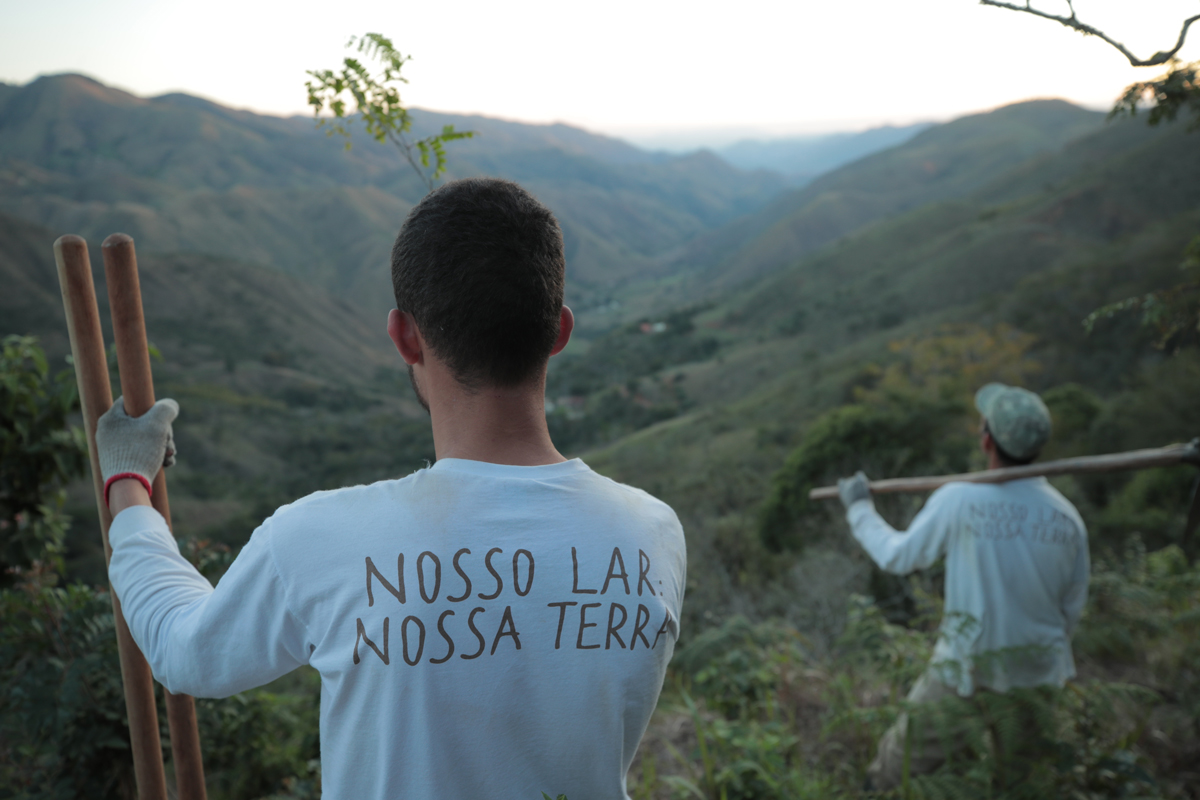 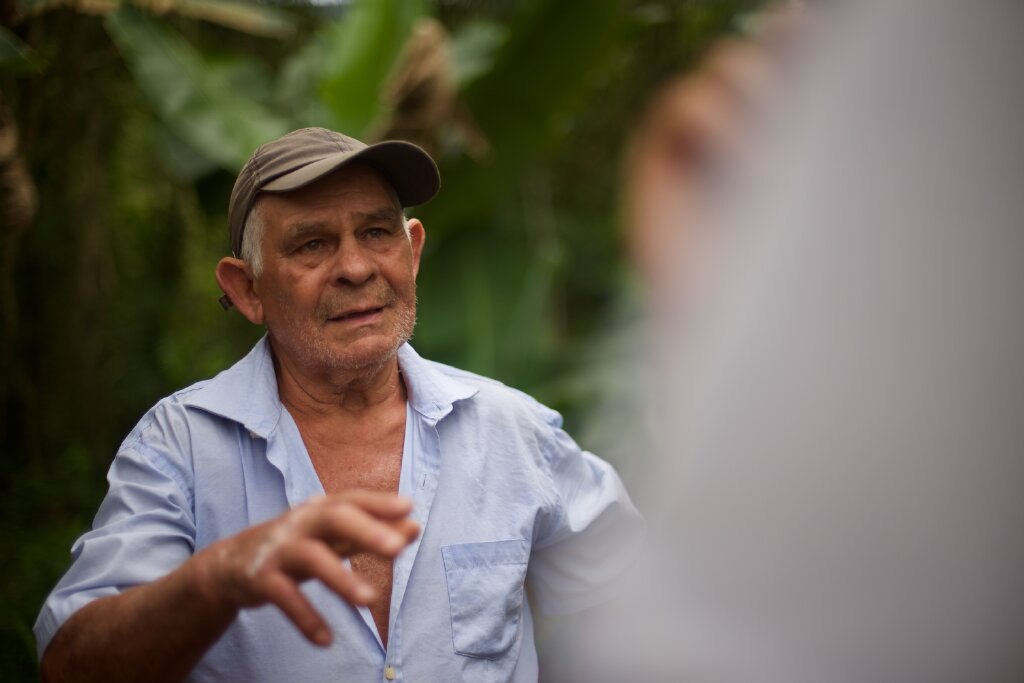 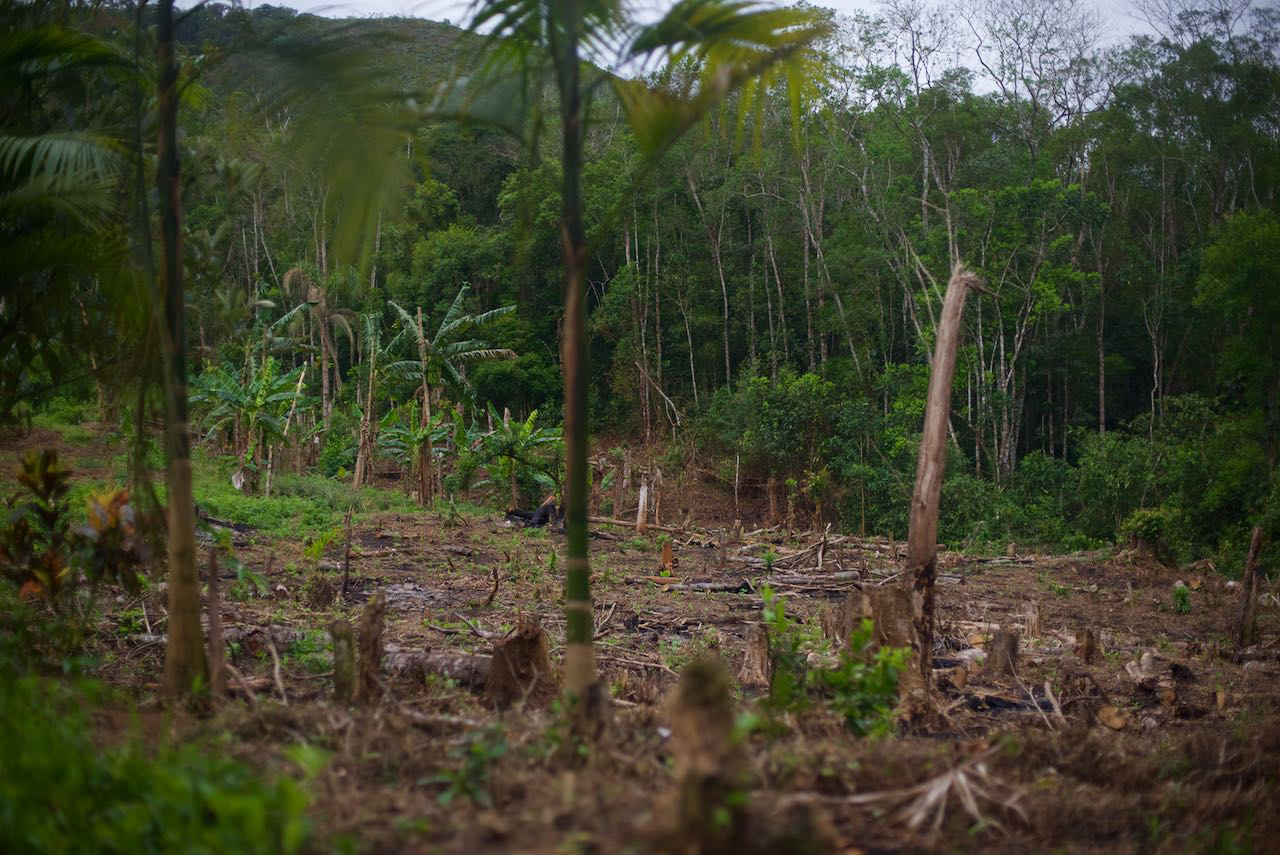 But perhaps even more inspiring because of the gravity of the obstacles his community had to overcome, is Benedito’s determination to restore the Atlantic Forest.

As a quilombola - that is, a member of a Quilombo, communities formed by descendants of former Afro-Brazilian slaves - him and his communities first had to fight for proper rights over their lands.

Although sadly still an issue for many quilombolas, Benedito and his community never gave up.
Barely 20 years after settling in their current lands, they have reforested vast areas around them.

Through a combination of reducing cattle holding and increasing agroforestry practices, his Quilombo has restored more than ten hectares of forest so far. Today Benedito stands proud as the water in their rivers is slowly coming back and their lands are giving them more and better vegetables for them to consume and sell in local markets. 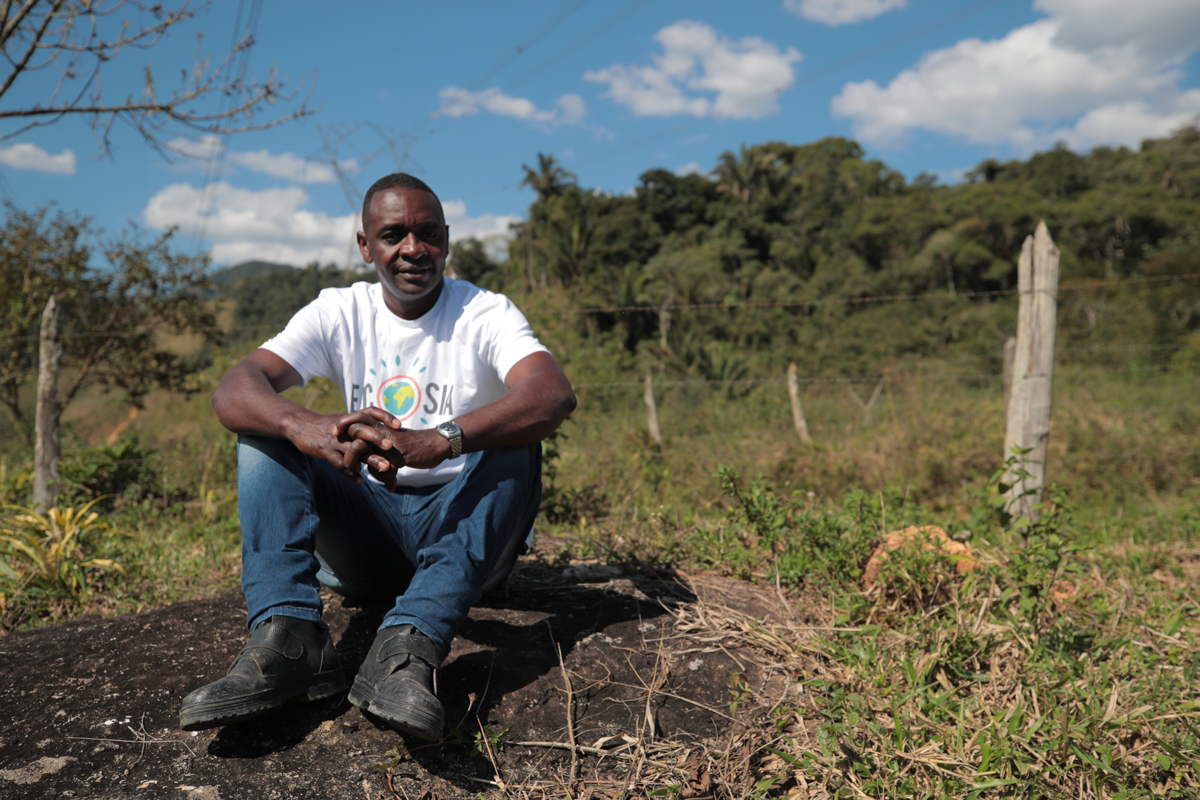 Benedito surrounded by some of the trees his community has planted 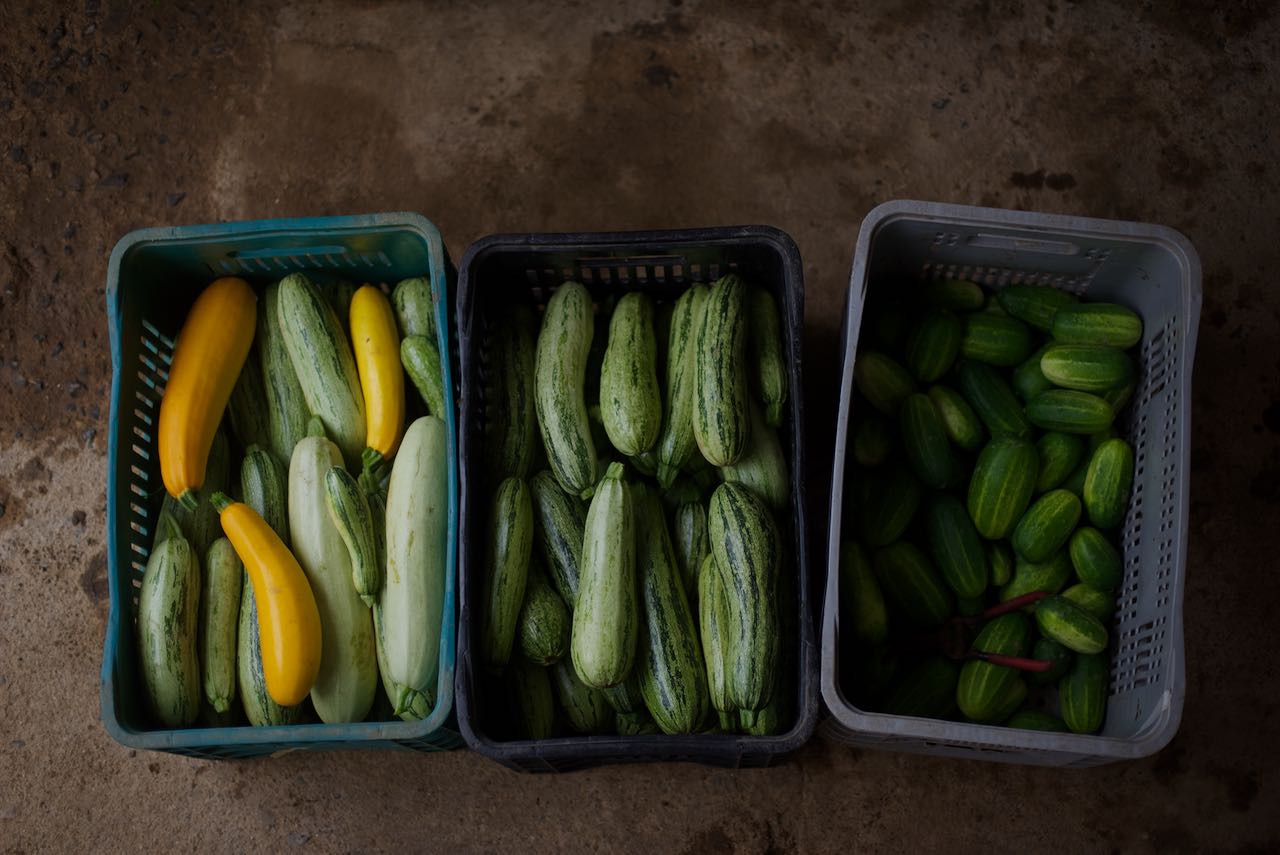 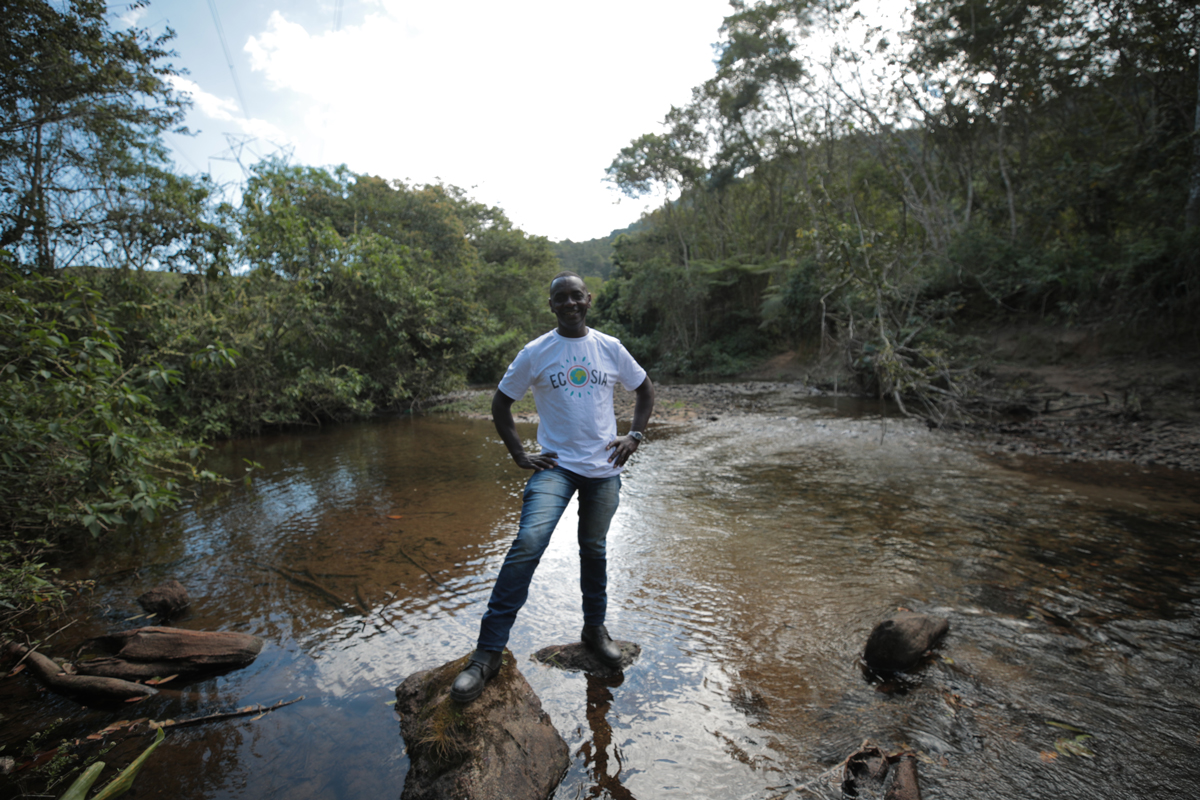 And while there is still a long way to go before the Atlantic Forest is fully restored, we are hopeful that together we can actually make a difference.

In the past 20 years PACTO Mata Atlântica has already restored around 1,000,000 hectares of the Atlantic Rainforest, rendering it a little bit greener. Just like in our colouring books.

If that isn’t uplifting news.

Thank you for making it possible, Ecosians.