Felipe, Samuel and Oswaldo have never met. Yet they depend on each other.

In Peru, Felipe lives at the cold top of a mountain range, Samuel on its milder slopes, while Oswaldo is half across the country in a lower, tropical region.

Only now, when one million hectares of Peru’s forests have disappeared in the past 15 years, has the missing link that connects them all become clear - trees. The way Felipe, Samuel or Oswaldo decide to treat their forests has an effect on all of them individually and on their respective communities. 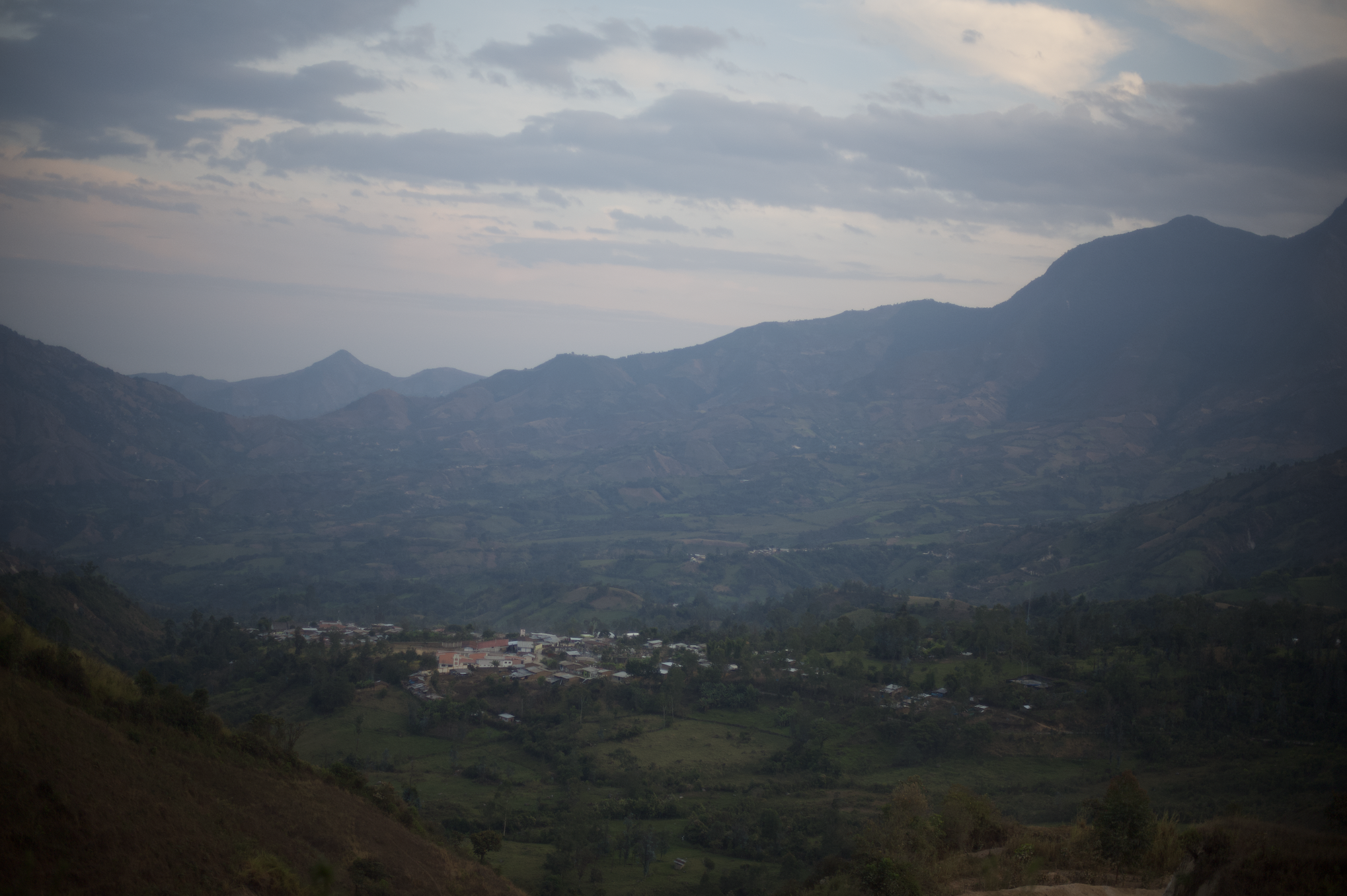 Whichever side of the mountain one lives on: deforestation affects you in one way or the other.

For Felipe and his family in Santo Domingo, deforestation means that every year he needs to walk further to collect firewood. It’s cold at the top of a mountain and families are dependable on wood for cooking and heating.

The biggest change he has seen to the landscape is the forests that have disappeared. Now, since he is part of the reforestation project with Progreso, which your searches are supporting, Felipe is careful not to cut down entire trees but just selected branches when he collects wood.

“In the past, us farmers cut down trees without thinking what it did to us and to those around”, he told us. Today Felipe plants trees. He has built a tree nursery next to his house and sometimes his daughter, Noelia, helps him plant them on their fields when she comes back from school. 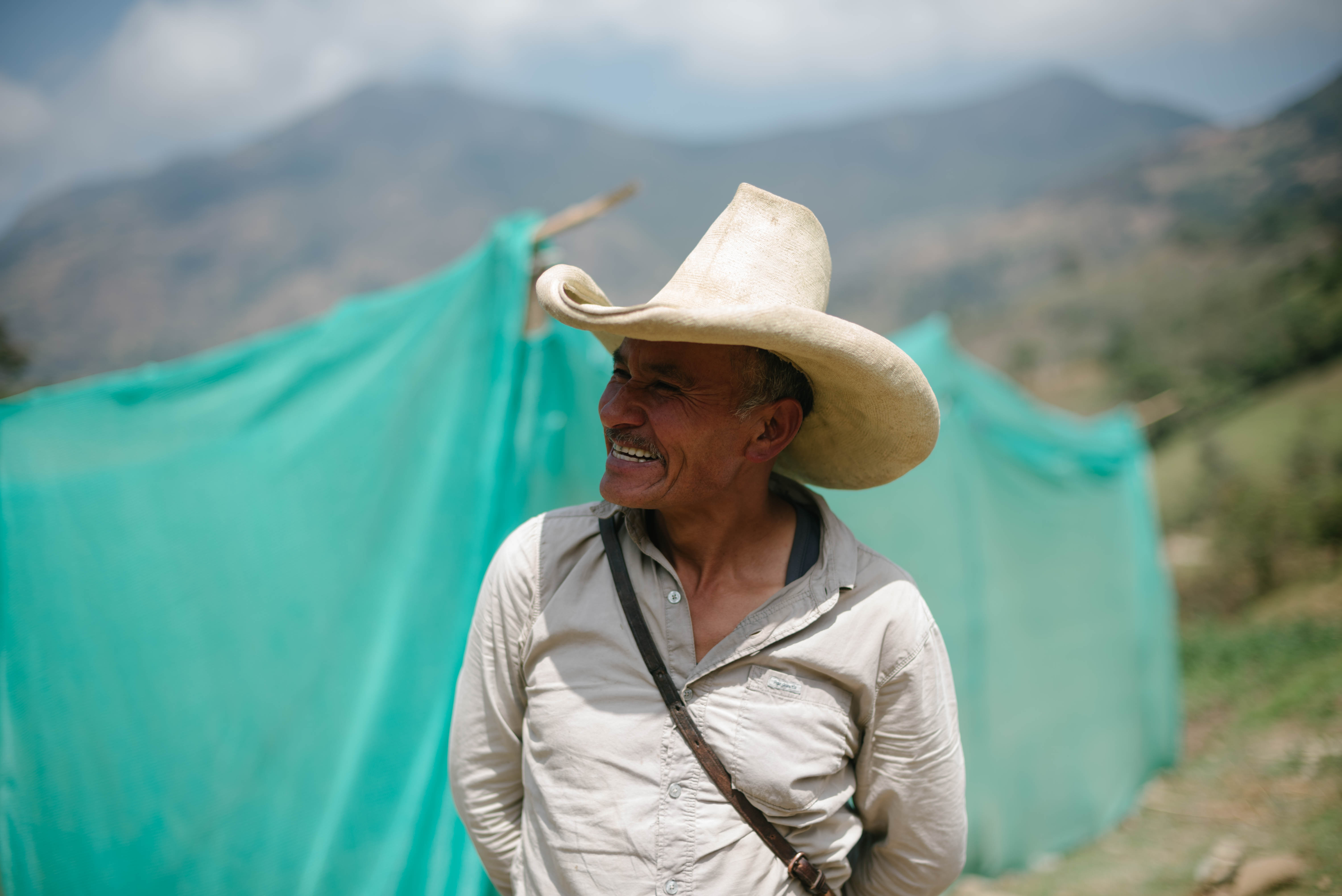 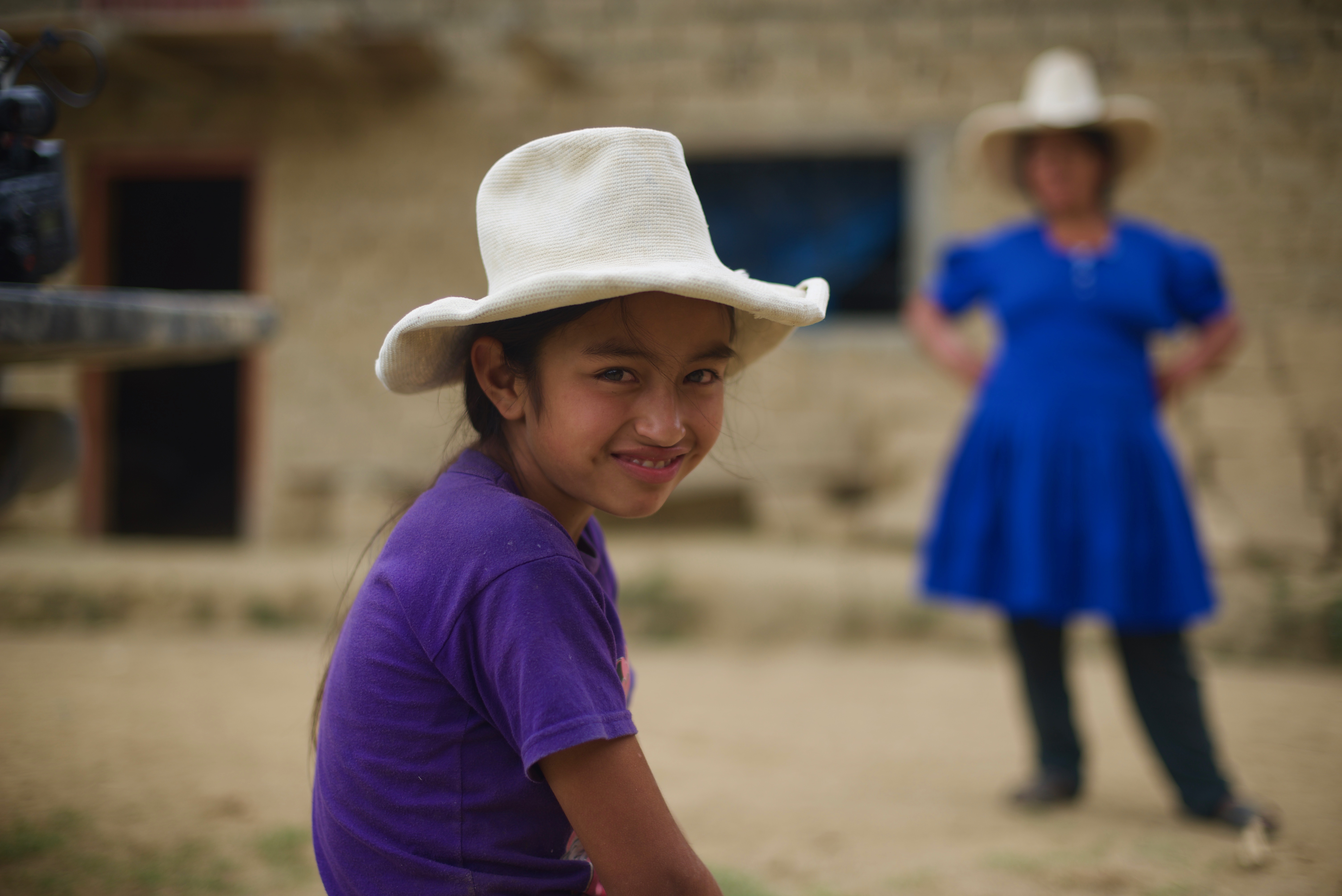 Sometimes, after school, Noelia goes plant trees with her father. 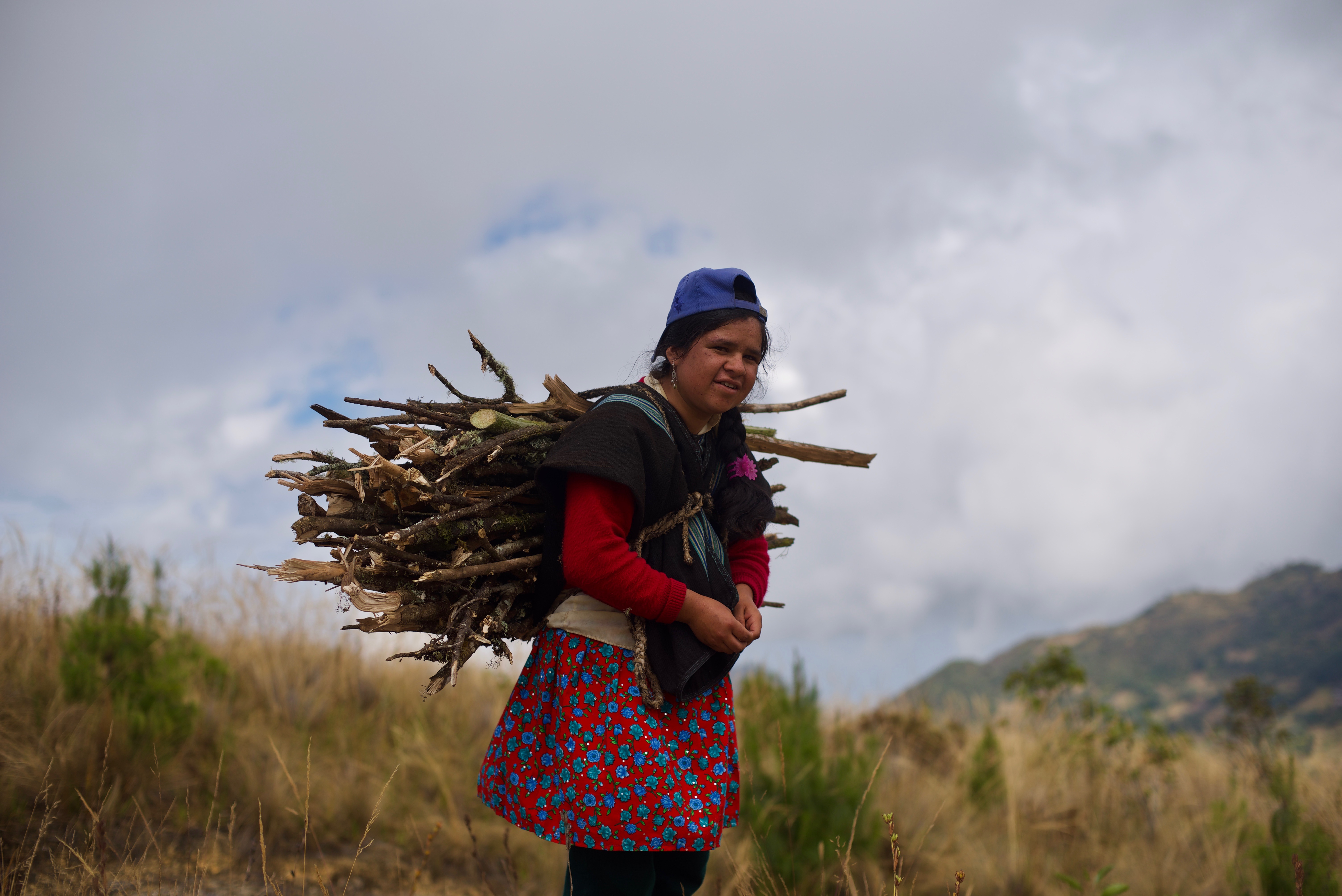 Populations on the top of hill ranges walk for hours to collect wood for cooking and heating.

Like Felipe, Samuel is originally from a village at the top of a hill range. After a difficult childhood in a region with harsh climatic conditions, he decided to settle in a lower region as soon as he became of age.

Temperatures in Frias were milder and he could now grow many more crops, including tomatoes, mandarins and coffee. But things have changed.

“We feel it here, how the climate has become hotter than before”, he says. Samuel told us that each year there is less water coming down from the mountains. Each year he struggles a little bit more to water his crops.

Without trees on the mountains, “the weather has become extreme”. His fields are partly flooded in the rainy season but they don’t get enough water during summer. Working with Progreso, Samuel has seen his suspicion confirmed: trees, or the lack of these, are undoubtedly connected to his access to water.

Today he, too, plants trees on his fields, which “gives shade and life” to his coffee plants. He has also set up a simple watering system which he proudly presented to us. This way he uses the little water still coming downhill more efficiently. 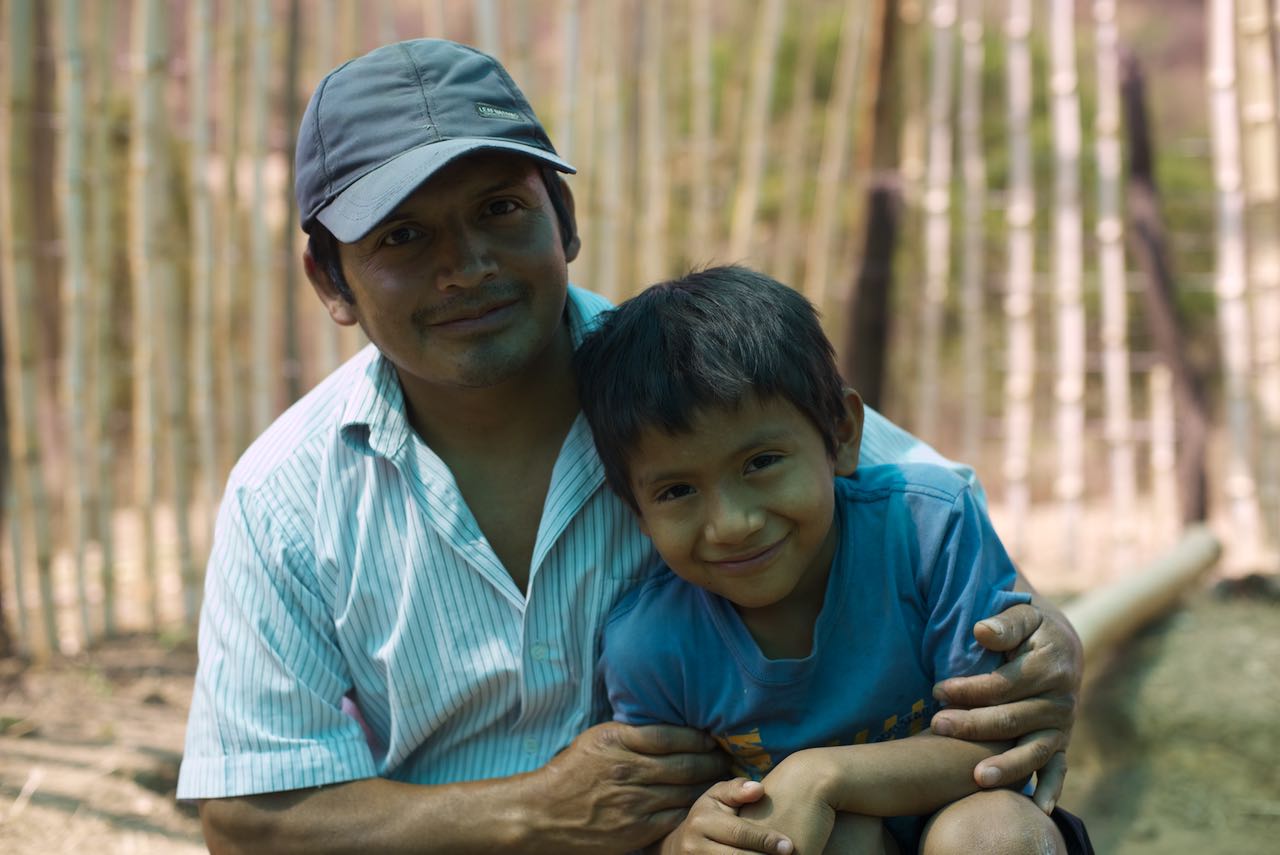 Samuel told us that he also plants trees to teach his children that they need to take care of their soils to secure their future. 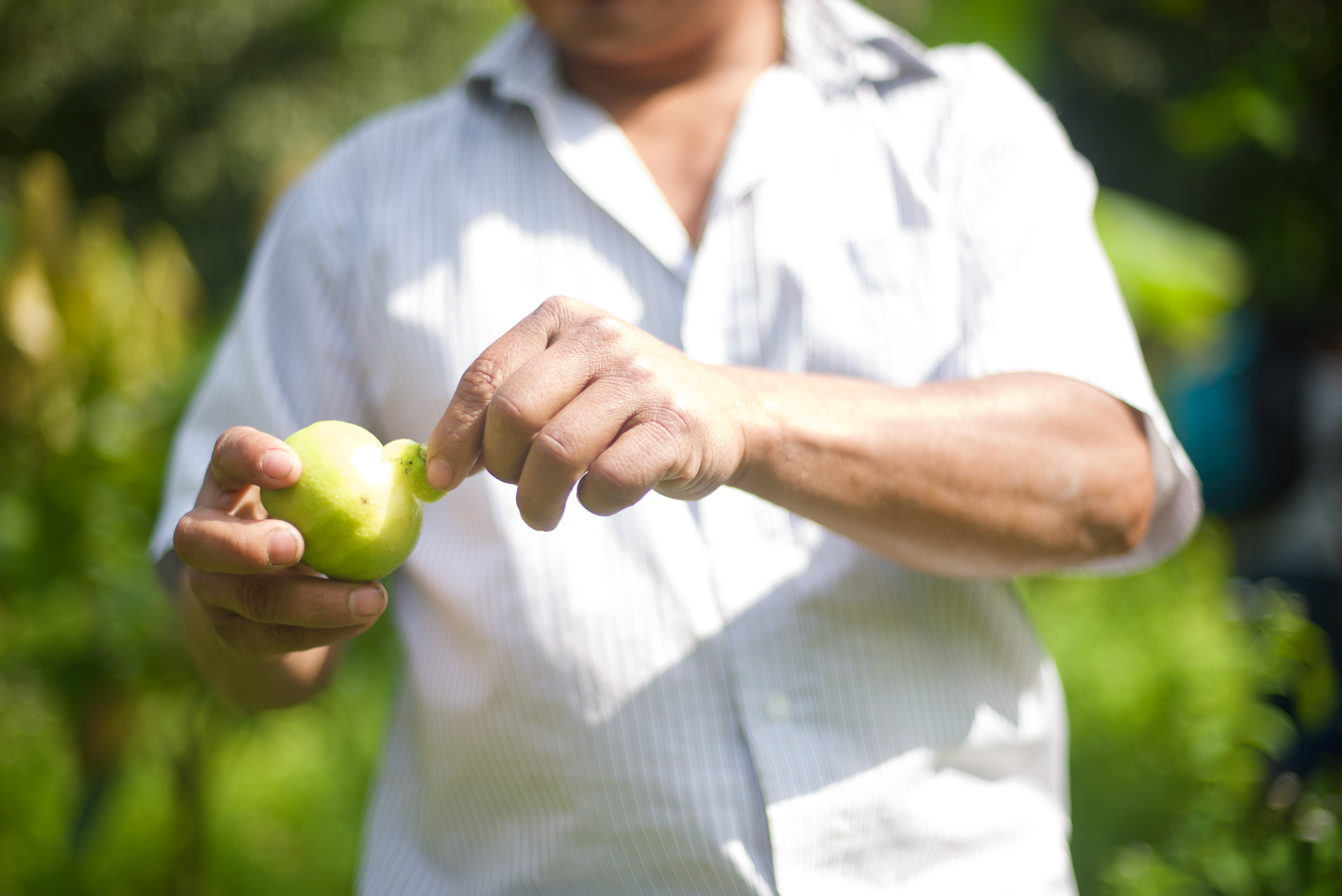 Growing trees next to his crops has helped Samuel grow better, healthier fruit.

Finally, Oswaldo lives in Santa Rosa, a community settled around the Alto Huayabamba river in the country’s inland. With tropical temperatures, lush forests and a very fertile soil, the conditions are perfect for his cocoa cultivation.

But deforestation is affecting Santa Rosa too. Rising temperatures in the entire country are accelerating and reinforcing certain plagues, spreading diseases on cocoa harvests.

Through Choba-Choba, a chocolate association Oswaldo and his community founded some years ago, he has experienced the power of a tight-knit community. He has also seen the effect it can have on everyone, near and far, if one community neglects the forests around them.

Oswaldo is proud to be one of the best chocolate makers in Peru. 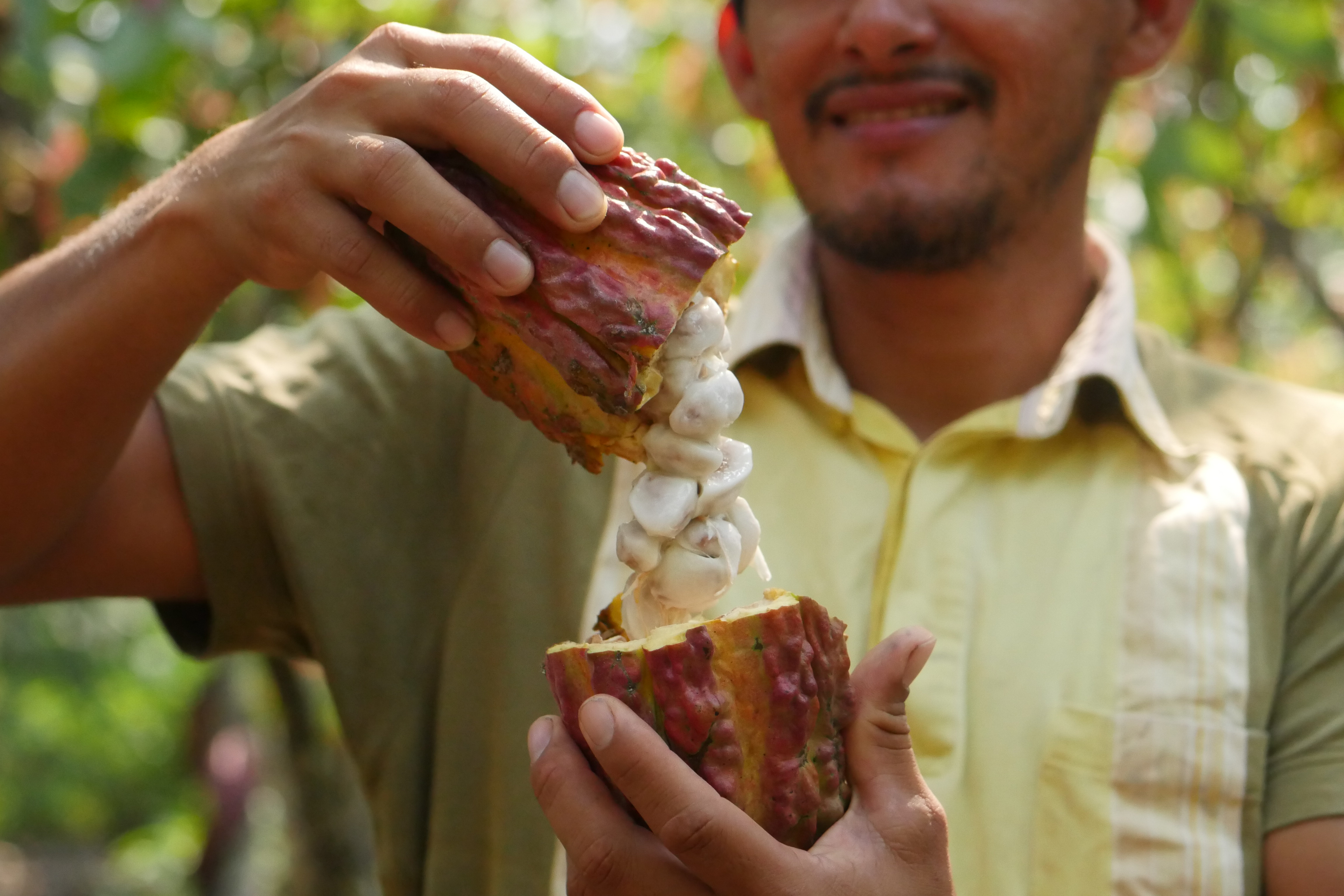 A large part of Peru has already been deforested, driving up temperatures and endangering Felipe, Samuel and Oswaldo's communities only source of food, medicine and fuel.

Together they have taught us that with empathy, time and effort, we can re-invent our communities to improve everybody's situation.

Thank you for choosing to do so with us every day. 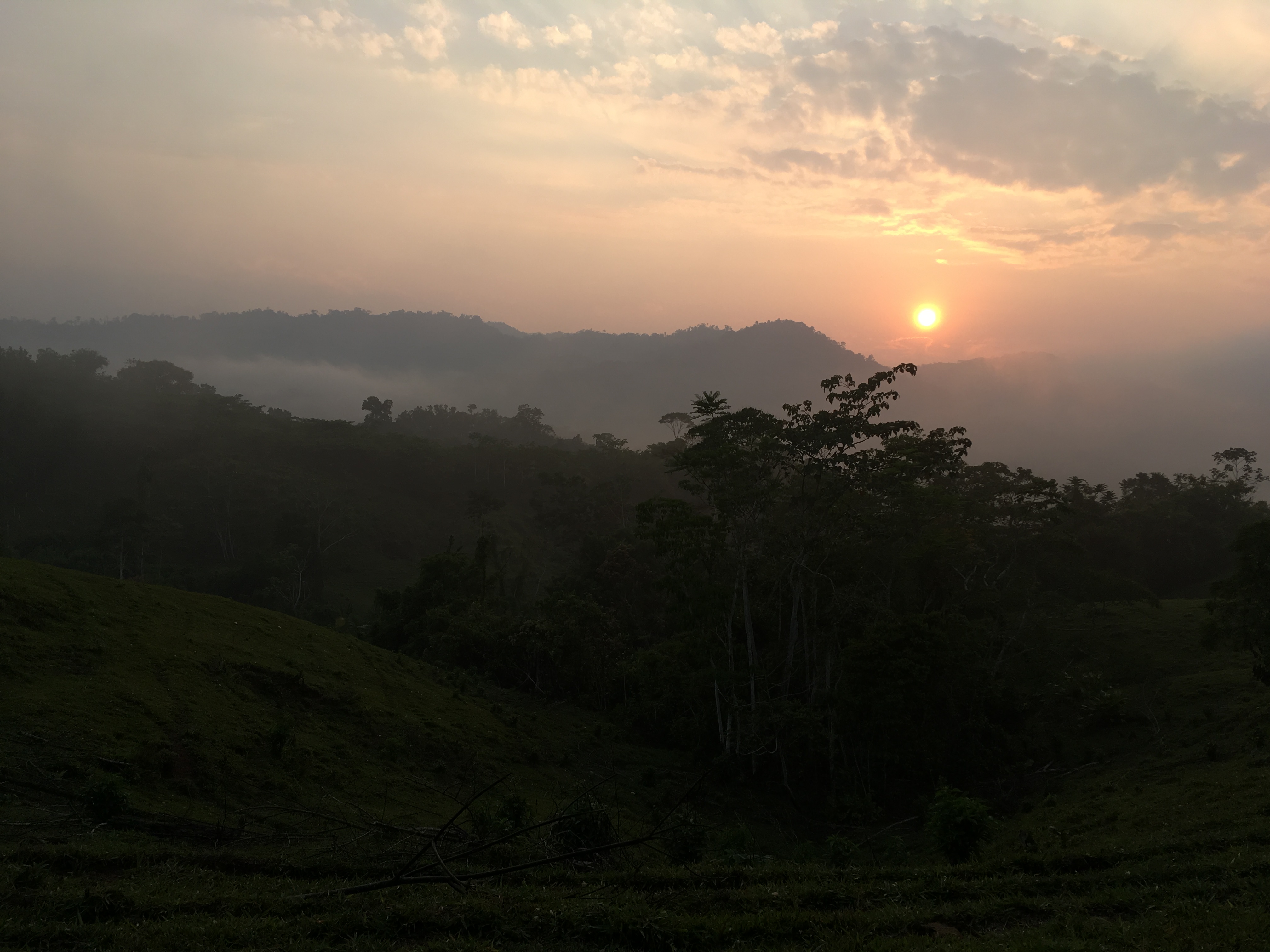 Peru holds around 70% of the world's biodiversity and an estimated 13% of the Amazon Forest.