We need to talk about endangered tree species

This article was written in collaboration with Fauna & Flora International and Botanic Gardens Conservation International.

Protecting wildlife has been at the forefront of efforts in nature and species conservation. Most of us are familiar with the World Wildlife Fund for Nature (WWF) campaign that turned the charismatic panda into an icon of conservation efforts.

Yet, despite all the attention that pandas and other cute animals have received, and even though we've long known that forests and trees have been threatened, trees are still not getting the attention they deserve.

So far, we know that over 15,000 tree species are globally threatened. That’s more than double the number of threatened bird, mammal, reptile and amphibian species put together. There are still more species to be assessed, so it is likely that this number will be even higher once all c.60,000 tree species have been considered. The latest results of the Global Tree Assessment (GTA) are due to be released later this year, providing the first global picture of the status of the world’s tree species. On top of this, there are many trees which, though not threatened at a global level, are still under threat in some countries or regions.

Matters are further complicated as the most endangered tree species are often located in remote, difficult to access areas. Saint Lucia’s critically endangered pencil cedar, for example, is restricted to less than 0.14 acres on the rocky peak of Petit Piton, around 700 meters above sea level.

Trees, and the forests they form together, are critical homes to plant and animal species, not only hosting about 80 percent of the world’s biodiversity but also maintaining and protecting it. Trees are also a vital source of income, and it is estimated that about 1.6 billion people depend on forests for their livelihood. Moreover, for many communities, trees often have an important cultural and emotional significance.

Each tree species plays a unique role in its ecosystem, and the loss of a single tree species can have a domino effect of extinctions, threatening habitats of animals and plants and the overall resilience of ecosystems. Losing one plant species from an ecosystem can create a cascade of up to 30 other localized plant and animal extinctions.

Saving trees is no easy feat, as many species face unique threats that mean they may not be adequately protected by a forest-level approach. Specific habitat requirements or reliance on now-extinct animals to disperse seeds can mean that some tree species will not simply bounce back on their own and instead require targeted actions, stemming from solid scientific knowledge combined with on the ground experience.

But it can be done. Fauna & Flora International (FFI) and Botanic Gardens Conservation International (BGCI) have been working on threatened tree conservation around the world for 20 years, as part of the Global Trees Campaign (GTC). They work with botanical institutions and local communities to protect a diverse range of tree species from extinction. For example, in central America, GTC is supporting the conservation of numerous endangered oak species (e.g. Quercus brandegeei and Quercus insignis), improving methods for reproducing seedlings and planting these back into the wild; in Malawi, GTC has worked with two local conservation organizations, international restoration experts and local communities on the critically endangered Mulanje cedar tree, planting over 500,000 seedlings of this iconic tree back on the mountain where it originated; and in northern Vietnam, where habitat loss and illegal logging have piled pressure on critically endangered Magnolia grandis, GTC has been working with local farmers and community conservation teams to adopt more sustainable practices, plant out magnolia seedlings and protect the remaining natural forests.

Saving endangered tree species is one of Ecosia’s priorities, and partnering with FFI and BGCI will help us do so even more effectively. In the next article, we'll tell you more about some of the conservation projects we're working on together. 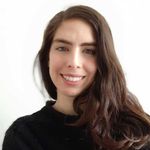