Your searches in Ethiopia

Behind the hills of Dila, in southern Ethiopia, Zebras are returning to the valley for the first time in a century. Water fills the banks of the Sofe River in the dry season. Coffee plants thrive under thriving shade trees. Children get ready for school. Ten thousand tree seedlings are growing in a nursery.

These seedlings are funded by your searches: Ecosia has partnered with Green Ethiopia, an eco-humanitarian NGO that has, for the past fifteen years, restored degraded landscapes by empowering local communities.

When we landed in Ethiopia this November, we could not have imagined what we were about to see. What we would learn. Who we would meet. What your web searches could do.

Your searches have helped to reforest the Kulba Gode valley in northern Ethiopia.

In Siqu Ayo, a women’s group has decided to grow a forest in order to protect its community from desertification, soil erosion, and water scarcity. Forests, these women taught us, are political, a matter of war and peace: the lack of clean water and of fertile soil are a root cause of civil unrest – when resources are scarce, they said, people tend to fight over them.

The reforestation project has already had a tangible impact on soil quality.

In the midst of the Fasi mountain range, where Tigrayan tribes live in stone houses, we were welcomed by each and every member of the tree-planting community. The word ‘hospitality’ has not had the same meaning for us since.

On a hill near Bahir Dar, we met a group of 'landless youth’ – young farmers who haven’t inherited any land. The project we’re supporting allows them to reforest eroded, communal land, as well as use that land as a source of income. 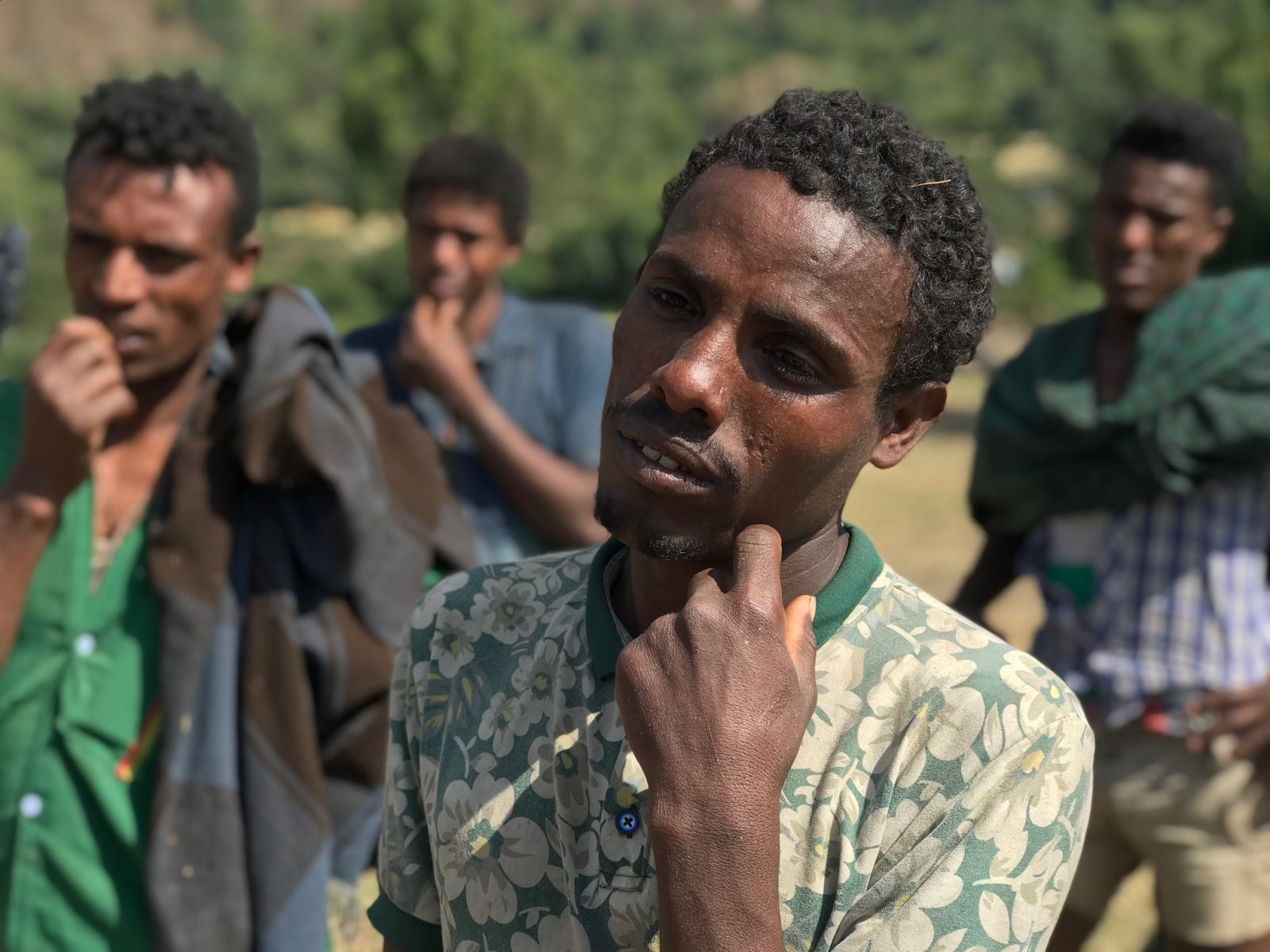 This collective produces fruit, honey and seedlings, among many other things.

When we climbed Mount Gango, we saw that your trees, planted on the mountain slope by local farmers, have had a measurable impact on the agricultural activities in the valley below. We knew that trees have this effect – it’s one of the main reasons Ecosia supports reforestation projects – but actually walking through a lush tomato field, in such a dry part of the world, still felt astonishing.

In Safa, a village in southern Ethiopia, we met Rohama and Nebiyu. From our first handshakes we knew that we were in the presence of a powerful team: two people whose guidance of women’s collectives is transforming their region from the roots up. They were a reminder that there are people all over this planet who are brimming with potential. We were also reminded that we have a responsibility to support them, if we can, in fulfilling that potential. 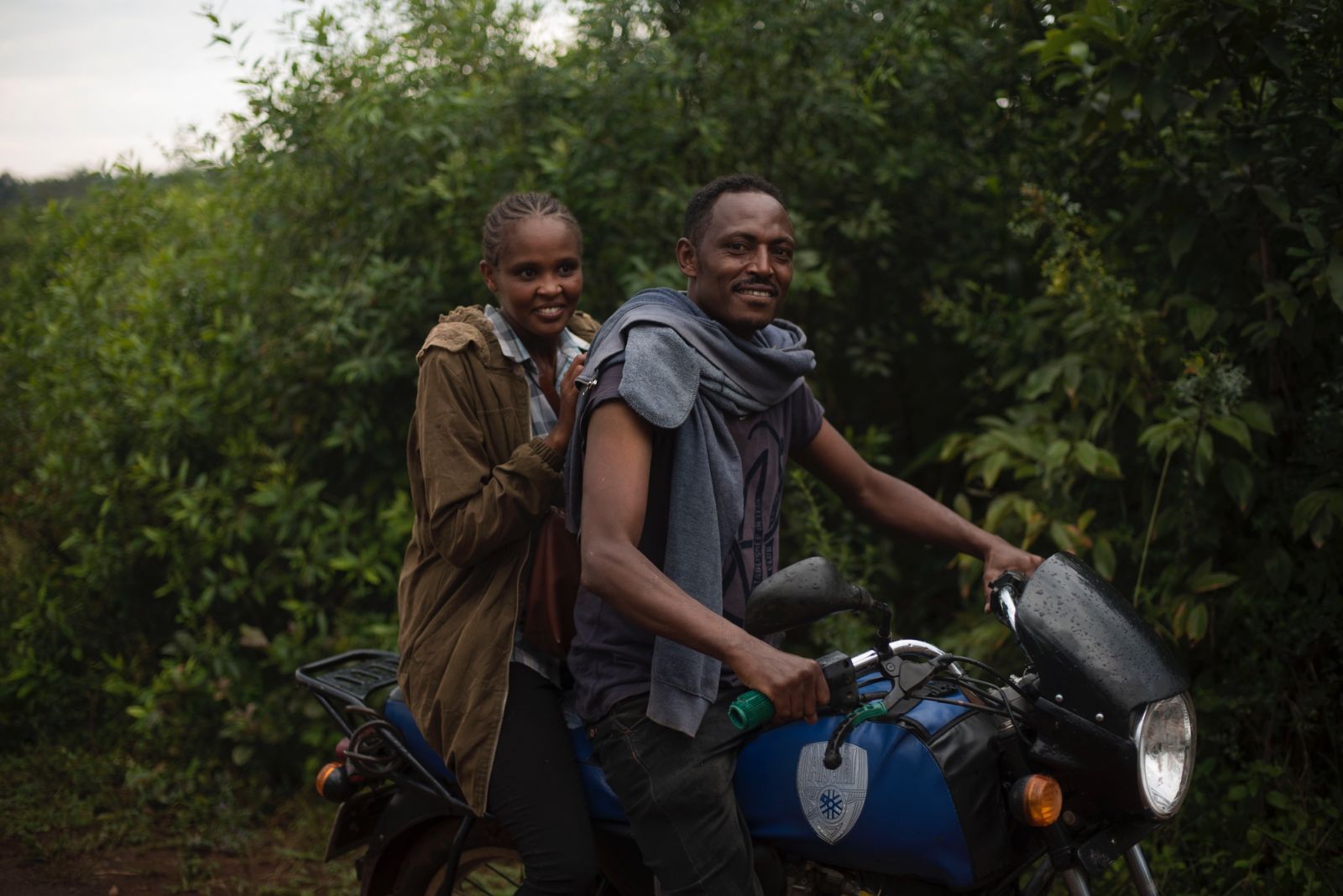 Rohama and Nebiyu are leading a reforestation effort that aims to restore a watershed in a particularly dry, degraded area. The women who manage the tree nursery invest part of their salary into their own projects – fruit orchards, biogas production – which generate further revenue in turn. Now, when someone gets ill, or when someone’s child needs to buy a school uniform, the women’s collectives have enough money in the bank to help each other out. The watershed, meanwhile, has become a forest. The river flows year-round. The region produces almost twice as much coffee as before.

Almaz is a coffee farmer and leads one of the women’s associations that participate in the tree-planting program.