Last year, news of the Amazon fires dominated headlines for months. Roughly ​310,000 acres​ of biodiverse forest went up in smoke.

The ​20% increase​ in the total number of fires between 2018 and 2019 was record-breaking, but depressingly, it seems that this season’s fires will be significantly worse. Not just because of the climate crisis cliff-edge we’re plunging off, but because of a number of other factors as well.

I’ve spoken to tree-planters and firefighters on the ground, and they’ve already seen about 30% more fires in their region than last year. Why? The climate crisis is one of the reasons, with dry land and high temperatures both at record levels. But it’s to do with politics, too.

Brazil’s politicians have long had a problematic relationship with the Amazon. Despite some progress against deforestation a decade ago, the situation has taken a turn for the worse since Jair Bolsonaro came into power. His government has prioritized economic growth over protecting the rainforest – at any cost.

Bolsonaro has been rolling back environmental protections and actively positioning the Amazon as an obstacle rather than the irreplaceable, priceless ecosystem it is. Inevitably, popular opinion is shifting, and the cultural significance of the Amazon to Brazilians is being watered down.

We hear from our tree-planting partners in Brazil that NGOs in the region are suffering from reduced funding for restoration work, due to Bolsonaro’s policies. In addition, because of this top-down messaging that forests don't matter, there is less enforcement of forest protection, including the avoidance and management of burning.

There is a harmful lack of responsibility - many farmers are not making any effort to stop deliberate agricultural fires from spreading to nearby forest land. This was one of the most commonly reported causes of fires last year, too.

Another devastating fire season in the Amazon this year was to be expected. However, no one could have seen the pandemic coming. NGOs have been massively impacted by local lockdowns, and have so far been unable to adequately prepare for the coming fires.

Alongside this, the crashing economy, coupled with Bolsonaro’s rollback of environmental funding, is pushing these NGOs to the verge of financial collapse. International and local funding has dried up, and many are having to make heavy job cuts to survive. This essentially means that the last frontier protecting the Amazon from the forest fires has disappeared.

Due to a lack of centralized support, restoration groups – including Ecosia’s partners – are not only reforesting but in some cases also taking on firefighting duties themselves. Thanks to Ecosia users, our tree-planting partners were able to plant 1.7 million trees in Brazil last year, and then saved an estimated 3 million through firefighting efforts. In 2020, we will plant 1.3 million additional trees in Brazil.

The coronavirus, which hit Brazil particularly hard, has pulled a curtain over what is happening in the Amazon. Record dryness and high temperatures are being recorded, and the COVID storm has turned attention away from the climate bomb, which is just about to detonate in the Amazon. Once these forests burn down, they will take decades, if not hundreds of years, to regrow. Despite other things going on in the world, we cannot lose focus on the ecological collapse happening in Brazil, and must double down on our efforts to protect this critically endangered region. 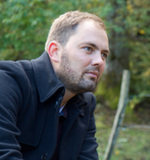 Moving from grey to green: how this East London community transformed their neighborhood

Our time on Earth: the importance of creativity in the fight against climate change