The pandemic lays bare just how futile conscious consumerism is 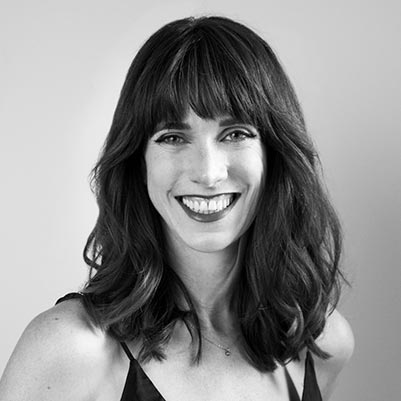 Alden Wicker is a freelance journalist and sustainable fashion expert who writes investigative pieces and deep dives on innovation, materials, and consumer trends.

Americans are so committed to our identity as consumers, that when the United States Postal Service warned it would run out of cash by the fall and the government refused to include it in the $2.2 trillion stimulus bill, Americans responded by… buying stamps.

On Twitter, citizen-consumers cheered that the campaign to save the USPS was working when its website said that shipping was delayed to a high volume of orders.

That’s how low our bar is now, that overwhelming a government service’s online store with orders for something that costs 55 cents apiece is seen as commensurate to a $13-billion government grant.

There were signs before the COVID-19 crisis that we couldn’t shop our way out of our country’s problems. But especially when it came to environmental issues, Americans sure did try. We bought millions of fancy insulated reusable water bottles and reusable straws to try to fix the ocean plastic crisis. Unfortunately, our plastic water bottle consumption continued upward. And while we were busy saving the environment by supporting reusable water bottle startups, the global oil industry invested $180 billion in building new plastic factories. Overall plastic production is forecasted to jump by 40% in the next decade.

Last year, online searches for “sustainable fashion” rose by 66% and for “organic cotton” by 16%. And yet, organic cotton can’t seem to claw its way over 1% of the global cotton industry. We shelled out for “clean” and non-toxic beauty products, and yet the incidences of breast cancer (the thing that women are trying to desperately avoid with their phthalate- and paraben-free products) continues to rise.

Now, we’re still using that same hammer to try to make a dent in the 18-wheeler-sized Depression barreling towards us. Myself included.

My husband and I bought takeout and even to-go cocktails from the neighborhood Chinese restaurant where we hosted our birthdays last fall. (I no longer care about the plastic waste that comes with it. I have priorities.) They sent out a GoFundMe request not long after, because takeout wasn’t enough to support their operations. Restaurants need a large government bailout.

I bought a gift card from my favorite local non-toxic nail salon. I was one of its first customers in 2014. I’ve watched the owner’s infant grow into a toddler, and got my nails done there for my wedding day. A week after I bought the gift card, an email arrived with a link to the salon’s GoFundMe page so they can pay the staff at their three locations until they can reopen. I contributed, but two weeks in, they’ve raised less than $4,000 of their $100,000 goal.

Seeing that huge number really brought it home for me: We can’t think of ourselves as just consumers anymore. This crisis makes clear that we have to let go of that identity, and instead remember our most important roles as neighbors, friends, family, and citizens.

I know that right now, you want to do something, anything, to feel like you’re helping. There is a lot that we can do that doesn’t involve consumerism. Instead of shopping for pricey organic self-care products, we can check in on our neighbors and have phone calls with our family. Instead of CBD tinctures, we can learn to sit with ourselves and our thoughts again, meditate, and pick up a book that we’ve been meaning to read. Instead of scouting for pandemic sales and consuming content from influencers, we can donate money, time, and skills to food banks and other charities.

Some people are keeping a list of companies that have acted badly during this crisis so they can boycott them “when this is over.” What small thinking! Instead, we should be keeping a list of government officials who have botched their response, so we can vote them out of office and vote in leaders who are willing to fix the system that allows and encourages bad corporate behavior.

And we should be keeping a list of governments whose actions have inspired us. Cities like San Francisco, who shut down early enough to flatten the curve, and Berlin, which dropped thousands of euros into the accounts of small business owners and freelancers within days of the city-wide shutdown. Countries like Denmark, which is covering 75 to 90% of worker salaries during the shutdown, and Germany, which has an exceptionally low death rate. What can these countries’ political systems and leaders teach us about good governance?

Finally, we should be keeping a list of the things we would like to see come out of this crisis so we can write to our representatives, and ask the people campaigning for the November election whether they support these solutions. We should educate ourselves on things like universal healthcare coverage that’s not tied to employment, paid sick leave, and a federal minimum wage that you can feed a family on.

We should demand that agencies like the CDC, the Consumer Financial Protection Bureau, the EPA, and the IRS get the funding they need to do their jobs. Why the IRA? So it can start investigating tax fraud by the wealthy again, and set up a system that is able to drop money into our accounts with the ease and speed that countries like Canada and Germany pulled off.

They can seem overwhelming, our issues. But it’s nothing we haven’t tackled before as a country. Just look at the social safety net that was woven by the officials voted in during the Great Depression.

We were promised the pursuit of happiness by our founders. We just need to remember that happiness is not measured by the amount of stuff we own, but by the relationships we build with others, and our identity as part of something larger than ourselves. Not an economy, but a community, and a national project that we can believe in.