Madagascar holds a vast and rich treasure of species in flora and fauna. When this huge island - the fourth biggest in the world - formed some 170 million years ago, the ideal habitat for species found nowhere else on the planet was created.

Some of these species are so rare that around 80% of them are found nowhere else on earth, including the island’s famous lemurs, otherwise known as King Julian as made popular by the animated film. In fact, Madagascar is so versatile in landscapes that it offers several, very different ecosystems within itself: rainforest, grassland desert, plateau and dry savannah.

These are only 4 of the very different landscapes our tree-planting officer encountered during a trip to our planting sites in Madagascar: 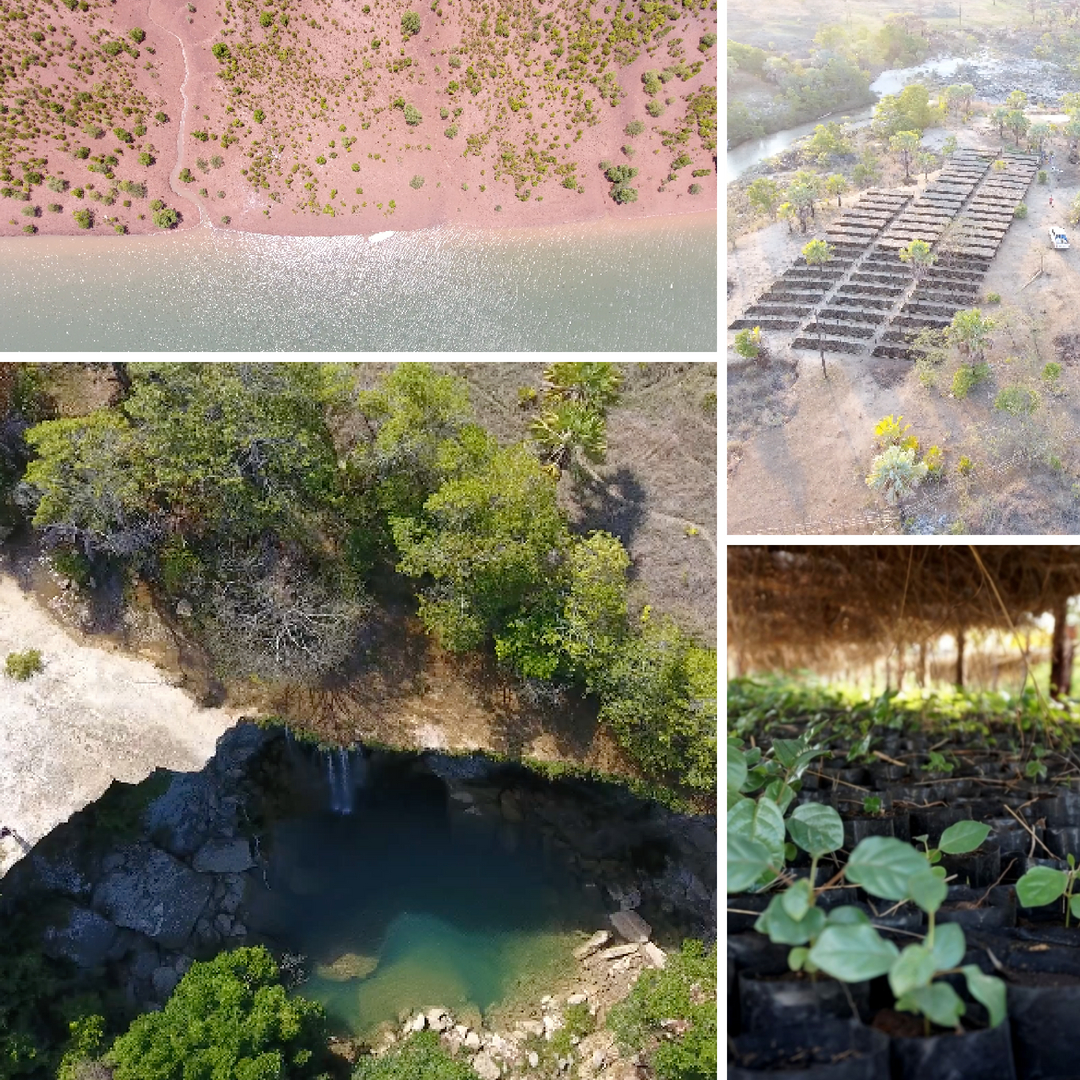 But this diversity of landscapes, flora and fauna is at risk. A combination of colonialism, global markets and a growing population has put significant pressure on Madagascar’s forests. Industrial exploitation continued over the centuries and has wiped off around 85-90% of Madagascar’s original forest cover.

This is how your searches will reforest Madagascar

Without the shade trees provide, Madagascar’s soils have been left unprotected from scorching sunlight and as a result become barren and dried out of water and minerals. Restoring the once fertile lands is precisely the goal of our partners on the ground, The Eden Reforestation Projects.

Equipped with years of experience and the knowledge of the local population, our reforestation partners are focusing on the north west side of the island, around the city of Mahajanga. This part of the island is ideal as it is far away from any major cities which will protect it from being exploited for the production of firewood.

Given Madagascar’s astonishing range of landscapes, this means that your searches are helping us restore two types of landscapes. One part of the project focuses on reforesting Mangrove forests on the saline coast of the island. The other part focuses on the dry midlands, aiming at reforesting deciduous species between two waters: 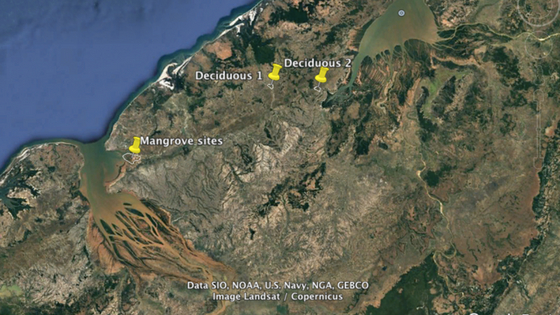 While reforesting Mangrove forests is definitely the easier method, reaching the planting sites is more adventurous at the very least. The sites are located in smaller islands close to the shore of the main coast and can only be reached by boat.

There was of course no exception for Pieter, Ecosia’s Tree Planting Officer, when he visited our sites for the first time in December 2016. Unless you’re an agile local used to the swampy and muddy earth characteristic of mangrove sites, you better be equipped with rubber shoes too:

As you can see in the video above, planting Mangroves is relatively easy. In their natural process, once a Mangrove tree has grown big enough it will simply drop its propagules in the form of sporns. All the population needs to do to recover a Mangrove forest then is collect those propagules from existing trees and drop the dart-like seed capsules into the soil. It’s always good to have gravity on your side.

It’s a lot trickier to restore the midlands. Because these sites are a lot drier, young tree seedlings wouldn’t survive if planted directly into the ground and the population’s efforts would be - quite literally - fruitless.

Instead, the trees are first propagated in nurseries for at least three months. During their first rainy seasons, typically between January and February, the trees are then planted into the earth. They are now big enough to survive and the first rain gives them the chance to store enough water to get through the dry season ahead.

The ultimate goal on these sites is to restore the natural forest corridors that have disappeared, leaving behind disconnected patches of continually shrinking forests. Many animal species, including lemurs, are endangered by the diminishing of these corridors since they can no longer travel around in their search for food and shelter.

Whatever the planting site and the method, the key to our success in this project is the collaboration of the population.

Deforestation in Madagascar is still mainly driven by a combination of damaging practices that emerge from socio-economic needs of the population. Small-scale but widespread clearance of forests still takes place as 80% of Malagasies depend solely on subsistence farming for survival and use charcoal as their main fuel for cooking.

The solution is as easy as it is complex: When a healthy, diverse forest can nourish the local communities, its protection will be more lucrative than cutting it down. This is why the long-term goal of this project is to create valuable forests that can support the people as well as provide a habitat for the various species that call Madagascar their incredibly versatile home.

The experiences of Juliette and Frédéric

When Pieter visited the planting sites in December 2016 he was able to witness how thanks to the planting program things are already changing. He had the chance to speak to Juliette, who found a job in one of Ecosia’s planting sites and is part of such a program for the first time.

Juliette only recently started planting trees with our partners in Madagascar. What she likes most about the project? She said she was just grateful to have a job.

And now watch Frédéric speak about the program. He has been around for three years, working with The Eden Reforestation Projects on different planting sites. His perspective is radically different. Frédéric stressed that he is proud to be part of a project with long-term benefits for human and nature:

It will take time and there might be drawbacks, but we are convinced that thanks our partners’ experience, the enthusiasm and participation of the local people and of course you fellow Ecosians being the most wonderful supporters one could ask for, we will all have a chance to protect and restore the beautiful landscapes of Madagascar for good.