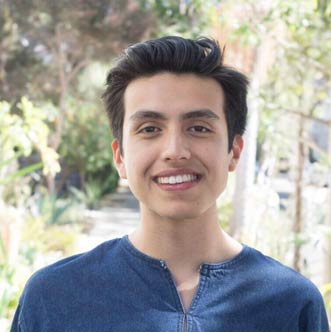 Isaias Hernandez is the creator of Queer Brown Vegan where he makes accessible environmental education content.

Industrial agriculture is one of the largest contributors of greenhouse gas emissions. It has a significant negative impact on the environment, with agricultural pollution being defined as the contamination that is released into the environment when we grow, produce, distribute, and transport animals and crops. What’s worse, the current business model of the agricultural industry is heavily dependent on undocumented workers, who are paid low wages while working in extreme weather conditions, with produce sprayed with large amounts of pesticides. Undocumented workers who work in slaughterhouses spend their days going through repetitive motions for hours in a high-speed environment with extreme temperatures and biological hazards. Undocumented farm workers in the US – the majority of whom are People of Color – are denied are denied legal protections, such as family leave or health coverage. Even though farm workers pay taxes every year, they miss out on benefits, such as the COVID-19 stimulus checks. Being exposed to toxic chemicals and pesticides and working within the stressful and cruel confines of slaughterhouses while lacking access to medical care amounts to environmental racism. Moreover, animal agriculture also raises questions regarding its treatment of animals and its impact on water and air pollution.

Environmental justice means fighting for a world where industrial agriculture no longer harms nearby communities. Where communities are no longer impacted by toxic facilities. The latter tend to be located more closely to low-income Black, Indigenous, and People of Color communities. When it comes to water pollution, scientists have noted that animal waste is not properly treated in waste management practices (unlike human sewage systems). The animal waste turns into runoff and contaminates nearby water sources. These pollutants often end up in groundwater, lakes, rivers, or waterways and can harm fish, spread bacteria, and disrupt waterway activities. As for air pollution, manure management accounts for nearly 14% of greenhouse emissions from agricultural operations. Manure runoff contains chemicals such as ammonia, which can interact with other agricultural chemicals such as nitrogen oxides and sulfates. In Casco, Wisconsin, a community found that their water had coliform bacteria that rendered the water undrinkable, as it was categorized as dangerous by a microbiologist from the US Department of Agriculture. The bacteria came from nearby dairy farms. Due to the fact that residents are unable to drink water from their own waterway systems, they had to purchase plastic water bottles. Communities that live farther away from farms are still at risk of downstream pollution. Many of the farmworkers aren’t able to advocate for their rights, which further exacerbates the cycle of injustice.

In North Carolina, the Environmental Working Group found that around 10 billion gallons of animal waste is produced each year (North Carolina has the second biggest hog farm industry in the country). The North Carolina Environmental Justice Network filed a lawsuit in 2014 against the EPA for failing to regulate hog waste. Hog waste from factory farms has negative health impacts for local communities. Toxic emissions, including sulfide and ammonia, were being released across the community, leading to headaches, fatigue, and decreased immune function. Low-income Black, Indigenous, and People of Color communities that live near hog farms have a 30% higher death rate from kidney disease. Even though Earthjustice has managed to file lawsuits against the Environmental Protection Agency for the North Carolina community, the cases were repeatedly denied and dismissed by the court. When asked to disclose data, corporations were benefiting from leniency from the courts.

Fighting against industrial agriculture’s contributions to environmental racism will be a long uphill battle. Environmental racism manifests itself in a variety of forms, whether it’s through migrant farmworkers who have the least access to government assistance or low-income communities who are disproportionately affected by toxins. Having a fair, healthy, and equitable environment requires the agricultural industry to radically change the way it operates, distributes, and treats ecosystems, people, and animals.