The Carbon Almanac: climate facts that lead to action 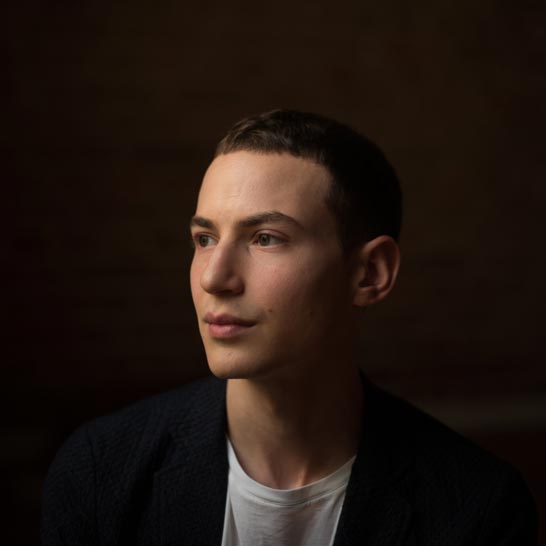 Seth Godin is an Internet pioneer, bestselling author, and teacher. We talked to him about The Carbon Almanac, a book of facts about climate change.

What’s the Carbon Almanac? Who is it for?

The Carbon Almanac is a book of facts. It’s a collection of lookupable resources that helps create a foundation for conversation. Like all almanacs, it’s browsable, specific and far-ranging.

We’re facing a calamity, and we’re not even talking about it. The reason is that we’ve been indoctrinated to be quiet, to feel unsure and to blame ourselves. We’re ashamed of our carbon footprint, concerned that we don’t recycle enough and not sure what to say.

The Almanac is designed to address all of these problems. It’s the place for beginners to begin, and just as important, it’s the book for people who care to give to their friends.

There’s a lot of information about the climate crisis out there. What was missing for you?

There’s a lot of data about climate. There isn’t that much information. The dense reports, the hard-to-understand graphs and the constant hand wringing are enough to put people off. Our mission was to give people scannable, chunkable, verifiable facts that they could use to inform their worldview, to have a conversation and take action.

You don’t usually have co-authors. Why did you collaborate with others on this book?

I’m not the author of the Almanac. I’m the founding editor. It was written by more than 300 people from 40+ countries, including every hemisphere. Even though I’ve built successful almanacs in the past, I knew that the project itself could be a model for what we can do. Together. That we have a systems problem, not a personal behavior problem. It’s not about “me”, it’s about “we”. If 300 volunteers could come together in 125 days and build a 97,000 word almanac, what can you do?

Systemic action by people who care is the only way forward.

Our heating planet freezes many people with overwhelm. Do you know that feeling? How do you turn it into action?

I think we all do. The fossil fuel companies and dominant industrialists want us to feel this way. By simultaneously saying:

It’s easy to get stuck. Why bother doing something inconvenient if it’s not going to make a difference?

The only way forward is to change the system, because when systems change, people make different choices.

How did you decide which climate actions to recommend? Why did you include Ecosia?

“Recommend” implies that we, as a group, have a point of view. We don’t. As an almanac, the job is to collate, coordinate and describe. What’s clear to me after spending full time on this since September is that the brainwashing runs really deep, and that concerned people are still getting distracted by fake recycling and cumbersome personal actions instead of putting just a fraction of that effort into lobbying, voting, regulations and incentives.

That’s one reason why Ecosia is so attractive. Because you’re building a new system. You created a convenient way for consumers to shift their behavior that has the side effect of massive eco-transformation. So instead of saying, “use the computer less” which is an almost impossible thing to market at scale, you’re saying, “this is actually faster and better than Google, AND we plant trees.”

To compete with Ecosia, someone like Google is going to have to leapfrog those actions. Which is exactly what we’re hoping for… a race to the top, not to the bottom.

Many marketers are working on the destruction of our planet, selling us things we don’t need or helping destructive industries greenwash. How did you end up in the climate space?

Of course, we’re all in the climate space. This is the only planet in the universe known to be able to host human life. And thriving in a world that’s on fire is hard, no matter how successful you are as a marketer.

I’m a teacher more than a traditional marketer. When I realized how confused and distraught I was, I figured others were too. And learning together is the first step to taking action together.

Marketers are part of a system as well. The folks who sell us plastic water bottles, jet flights and beef aren’t setting out to be evil, they’re just doing their best, doing jobs that fit into a system that got there before they did.

Our job is to help people see the system so they can take action to change it. It’s actually incredibly easy to get the attention of governments and particularly industries, but it won’t happen if we can’t see it.

What’s the main thing this project taught you?

People are amazing. When we’re not distracted by arguing, trolling and beating the other team, people are capable of generosity, innovation and deep connection. I’ve made hundreds of new friends in every country I can name, but I’ve also discovered that it’s not too late. Not if we can take a moment to see each other, to learn and to teach.

After everything you’ve learned, how do you now aim to talk about the climate crisis?

Let’s not get distracted by roadblocks and arguments that the fossil fuel industrialists are hoping will slow this conversation. Change isn’t easy, change is frightening, but it beats the alternatives.

Imagine a future with clean, quiet and free power. One where resilience is far more common, and where food and health are less scarce. We live in the richest moment in our planet’s history, and we’re wasting it. In the next decade, we have a chance to price carbon fairly. That simple shift in our system will unlock the power of the market and community to make things better.

And we can do it together.

Get your copy of The Carbon Almanac
InterviewsClimate Action