We'll be travelling to North Rhine-Westphalia in Western Germany this Saturday to join tens of thousands of demonstrators fighting to save the Hambach Forest.

German organisations including Greenpeace, BUND, NABU and Avaaz will be among an estimated 20,000 people attending the march, which has been organised by Stop Kohle. 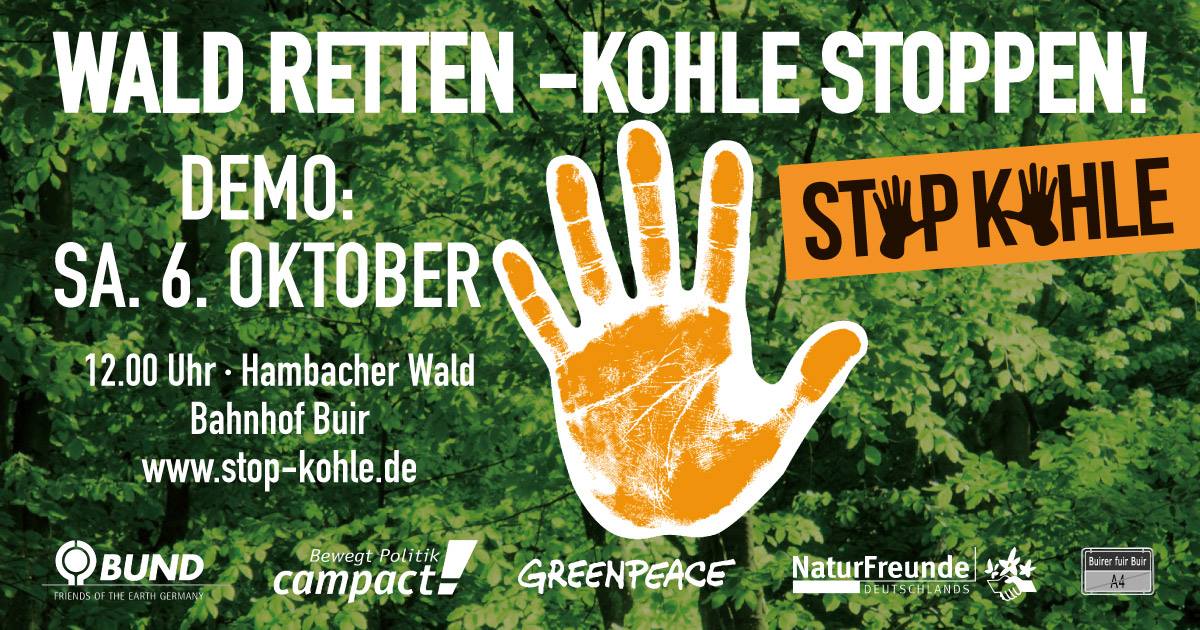 The German energy company RWE plans to cut down the Hambach Forest later this month to make way for the expansion of the country’s largest coal surface mine. In recent days, police have cleared the remaining activists who have occupied the forest in treehouses for the last six years.

The forest is nearly 12,000 years old, rich in biodiversity and home to 142 species regarded as important for conservation. Broadleaf forests used to cover 80% of Germany but very few like the Hambach Forest still exist. The remaining part of the Hambach Forest is just 10% of its original 13,590 acres before RWE started mining in 1978. But some of these remaining trees, which are primarily oaks and hornbeams, are more than 350 years old and the forest is still home to 13 endangered species. We think all of this is well worth marching for.

Demonstrators will meet at Buir train station at 12pm. We hope to see you there!