Does carbon offsetting work? Only if you get it right. 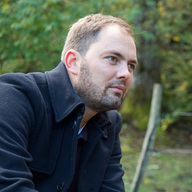 Most of us are taking part in the destruction of our planet. Despite the reusable coffee cups and recycling bins, we produce climate-heating CO₂ every day. And we produce more than our due share.

To limit the average temperature rise to 2°C, we mustn’t release more than ca. 750 billion tonnes of CO₂ by 2050. Taking population growth into account, this means that each of us has a yearly budget of 2.3 tonnes of CO₂. That’s a one-way flight from Berlin to San Francisco.

It makes sense, then, to offset the emissions we fail to avoid. To compensate them by paying someone to remove the amount of carbon we released, and thereby take our footprint off the planet. Businesses, in particular, have adopted this logic, and use offsetting to market themselves as “carbon neutral”.

The carbon offset market has obvious benefits. Emitters pay for carbon credits, creating an incentive for others to find efficient ways to remove CO₂, or to prevent its release. These people, in turn, get paid for doing good.

But behind the obvious benefits, lurk not-so-obvious dangers.

The carbon market – a free market – encourages sellers to maximize their profit by finding the cheapest way to offset greenhouse gases (e.g. by burning methane generated by oil wells) instead of finding the best solutions to safeguard our future.

Cheap carbon credits, in turn, give businesses (and even countries) an excuse to keep harming the environment: by paying a small fee, they can claim to be carbon neutral without changing their environmental practices. Since it’s usually more expensive to become a greener, future-proof institution than to buy carbon credits, the carbon market sets a financial incentive to continue polluting.

How to offset greenhouse gas emissions without making everything worse

In a possible, better world, everyone would emit less. Especially businesses. They would not use carbon offsets as a distraction from spending money on becoming planet-friendly, e.g. by generating their own renewable energy. Whatever carbon emissions they absolutely cannot avoid — which shouldn’t be much — they would offset (e.g. by financing the construction of wind turbines). But they would go further: they would also offset any carbon emissions they released in the past. They could do so by planting trees, which is one of the only ways to re-capture carbon at scale.

Not all offsetting is equal, however. Carbon offsets should be additional (the project wouldn’t have happened anyway), timely (the project isn’t a promise about the far future, nor located in the distant past), long-lasting (carbon savings are sustained over a long period of time), and avoid leakage (the project doesn’t move emissions elsewhere).

Unfortunately, these standards are not currently enforced. Some highly polluting airlines, for instance, claim to be carbon neutral by buying extremely cheap carbon credits from the ’90s — credits that make absolutely no difference to the environment. In general, carbon credits that cost less than 15€ per tonne of CO₂ are unlikely to have a positive impact. This doesn’t mean, however, that all expensive credits are good credits. Thankfully, there are some certificates, such as Gold Standard and Plan Vivo, that assess the quality of carbon offsets — it therefore makes sense to look out for them.

We occasionally travel to our planting sites to check on our trees. Thanks to a combination of satellite technology, geo-tagged photography, and long phone calls, we are able to keep these trips to a minimum. We offset the flights we absolutely cannot avoid with high-quality, expensive carbon credits, which are certified by Gold Standard. Note that this does not include any emissions caused by the products our users may purchase after searching for them on Ecosia.

Additionally, we generate renewable energy — and quite a lot of it. Our solar farms don’t just produce enough electricity to power all Ecosia searches with renewables — they produce twice as much. Being 200% renewable means every search with Ecosia is crowding out dirty energy from the electricity grid. This helps us accelerate the transition to a fully renewable future.

We also plant millions of trees thanks to your web searches. These trees have never been used for offsetting. We don’t sell the several thousand tonnes of CO2 they capture every day. They are planted to help the environment – to help us all – not to compensate for any individual’s emissions.

In short, at Ecosia we offset the small amount of unavoidable emissions with high-quality carbon credits, we run on 200% renewable energy, and we plant hundreds of millions of trees to boot — making us a vastly climate-positive company.

We hope we can inspire others to go beyond neutral, too. The climate crisis is too far along for mere neutrality. It's time to become planet-positive — whether we're individuals, companies, or countries. By making up for the emissions we cannot (or did not) avoid, carbon offsets – provided they're high-quality and certified – can take us part of the way.

1000 trees in one day, or how two women are changing the rules of farming

The GonneGirls want to prove that sustainable agriculture is not only perfectly feasible, but that it can feed entire communities.