This summer, Ecosia will support diversity in open source programming by providing a safe working environment in our new Berlin office, as well as mentors to support participants from Rails Girls Summer of Code.

Rails Girls Summer of Code is a global fellowship program for women and non-binary coders aiming to bring more diversity into open source. Successful applicants are paid a monthly stipend, from July to September. This breaks down all-too-common financial barriers, allowing participants to work on a worthwhile open source project while expanding their skill set in preparation for entering the industry and securing their first job position. You don’t need to have a degree in computer science to apply.

In 2018, I was part of Team Popcorn, which consisted of myself, my partner Arati and a group of coaches, one of which was the owner of Popcorn, an adorable little black dog with a big personality who became our namesake.

After studying media production, I worked in the UK as a camera assistant in the film and television industry. Shortly after moving to Berlin I started working at The Barn coffee roasters and worked my way up to being their head of production and roasting. In 2017, I decided to move into tech. Like many newcomers, I started with online courses and attended local meetups.

Without a traditional background in computer science I was concerned I would be unable to secure a job. Rails Girls Summer of Code seemed like the perfect intermediate step.

My partner Arati and I worked on Nextcloud, an open source productivity platform, similar to Dropbox or Google Suite. It can be self-hosted and is focused on providing a private and secure platform where the user has control of who can access their files and where they are stored. It also has a number of apps such as a call app, calendar app, and documents app. We chose to work with the developer responsible for the contacts app, which at the time was being ported from Angular js and rebuilt using VUE.js.

After the scholarship ended I applied at Ecosia and started an internship here. Having the scholarship on my CV definitely helped prove I was capable of collaborative development work. Additionally, the team at Ecosia were in the process of migrating the front end code over to VUE.js which I had spent the duration of the scholarship working in. I am now a full time backend-focused software engineer at Ecosia. I love being able to put my newly developed tech skills into practice and see how they support the planting of trees around the world!

This year I hope to use my experience to provide mentorship and support the next round of RGSoC participants entering the tech industry.

A list of the projects participating in 2020 can be found here.You can also read more about the program and how to apply.

Teams based in Berlin who would be interested in having Ecosia as a coaching company can contact us at rgsoc@ecosia.org.

We look forward to supporting your journey into Tech! 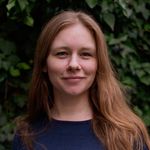