Soil is important. Why do we treat it like dirt?

Today is Earth Day. To celebrate the 45th anniversary of this important date, Ecosia has invited Anna Roesinger from WeForest to write a guest post.

*On this special occasion, Anna has taken the opportunity to draw our attention on what scientists call the ‘nearly forgotten resource’: soil.

*Using the example of Burkina Faso, where Ecosia is planting trees since January 2015, Anna dedicates a tribute to our soils.

Last year, scientists described soil as a “nearly forgotten resource”. It is therefore no surprise that the UN declared 2015 the International Year of Soils.

Soil is far too often considered “dirt”, while in fact, is has a profound importance to life and is linked to everything around us. It feeds us and plays a key role in biodiversity conservation.

It turns out that today is Earth Day, a very special occasion and opportunity to bring soil into the spotlight. Do we notice the soil that surrounds us? Do we realize that there is actually more than concrete and asphalt?

There are many different types of soil: from deep and dark arable fertile soil, which is fundamental for agriculture, to clayish desert soil and peat soil.

Soil is important everywhere. However, in some regions of the world, it is much more fragile than in others. A perfect example to illustrate this is Burkina Faso.

On a recent field trip to Burkina Faso, I was amazed by the different types of soil. There is quite often a red and iron-bearing layer of soil that covers the underlying rocks and, in some areas, the soil is more sandy. 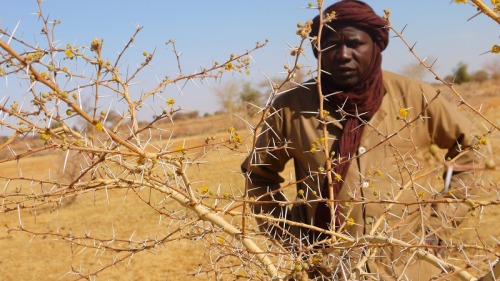 Particularly in the northern part of the country, in the Savannah and in the Sahel, the soil’s crust is very hard and, at times, almost impermeable. Low rainfall and harsh winds leave the soil as dry as rock and drive further degradation and desertification.

The good news is that the erosion and degradation of soils in Burkina Faso are still reversible. With the appropriate technologies and involvement of communities, forests can be restored and, with that, the ecosystem functions of the soil sustained.

Visiting Lilengo village in the Sahel where new forest is already growing, I asked the chief Makhmoud, what the name Lilengo actually means. He responded “Terre Nue” which means “Barren Soil”.

Today, on Earth Day, I recall this conversation – and I realize, we should use the Year of Soils as well as Earth Day to start thinking about ways to protect our soils.

And who knows? Maybe one day, “Lilengo” will be changed into “Forested Soil”.